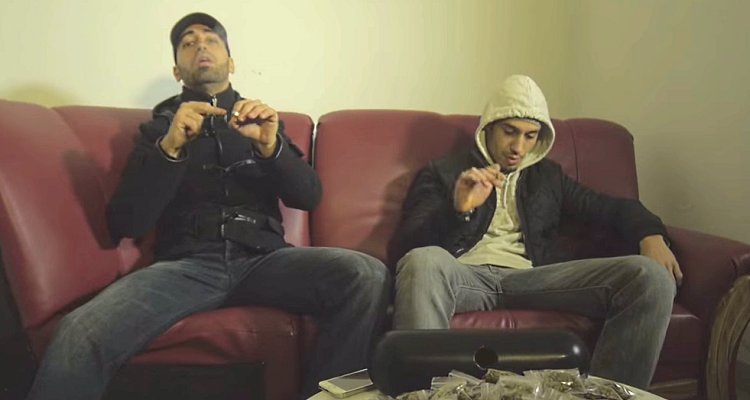 The company had offered listeners the opportunity to stream ‘album exclusives.’

This meant major stars, including Britney Spears, Frank Ocean, and Chance the Rapper, would drop their latest music releases on Apple Music two weeks before Spotify and other platforms.

While artists earned a significant amount of money from the deals, the move had actually pushed up piracy numbers.  A Digital Music News report found that illegal downloads and torrents surged after streaming services released exclusive content.  Artists, songwriters, publishers, and major labels may have actually lost money thanks to these deals.

While lambasted by the music industry, maybe the strategy was working for Apple.  Apple Music now has “well over” 60 million subscribers.  While Spotify has over 100 million paying subs, the Cupertino tech company’s music service has only existed for four years.  Spotify first launched in 2008.

Two years ago, Apple quietly ‘pulled the plug’ on exclusives.  Or so it seemed.

Now, the company has unveiled another ‘exclusive’ strategy.  This time, signing up-and-coming artists.

No, we didn’t really miss exclusives after all.

“Killing is a tough word…

“We never had iTunes on our mobile devices (iPhone, iPad …).  We always separated music, podcasts and video.”

With iTunes ‘passing,’ he believes user experience will ultimately improve.  This, in large part, comes from changes in how people consume content, especially music.

Inadvertently highlighting the company’s new strategy, he revealed Apple Music will now “form partnerships” directly with artists.  Since June 28th, the music streaming service has broadcasted four exclusive songs from French rap duo, PNL.  Like album exclusives, Apple Music subscribers will have access to ‘Ryuk,’ ‘Like No Two,’ ‘Siberia,’ and ‘Bang’ for a short time.  These songs will then drop on other streaming services.

All four songs quickly topped Apple Music’s French charts on the day of its release.

Cue explained the company wants “to go in this direction with artists.”  With exclusives, Apple Music also wants to create “special relationships” with those it believes it shares “affinities” with.

Stating the company doesn’t aim to compete with labels, these “special relationships” are “very useful.”  He added artists have “much more power today.”

“[Artists] can decide how they want to work and, from our point of view, it’s great, especially since we’ve created tools for them, whether GarageBand or Logic, that allow them to create at home, easily and cheaply.  [This] was unthinkable 15 or even 10 years ago.”

“A huge congrats to my French brothers – the biggest and most influential duo out there – PNL, for breaking streaming records again in Europe this week.  This time, we proudly did it together.  These guys bravely turned down countless offers from every company in business to remain fiercely independent, and also stay in control of their own masters.”

Speaking with the news outlet, a source hinted Apple Music will create similar ‘exclusive’ deals down the line.