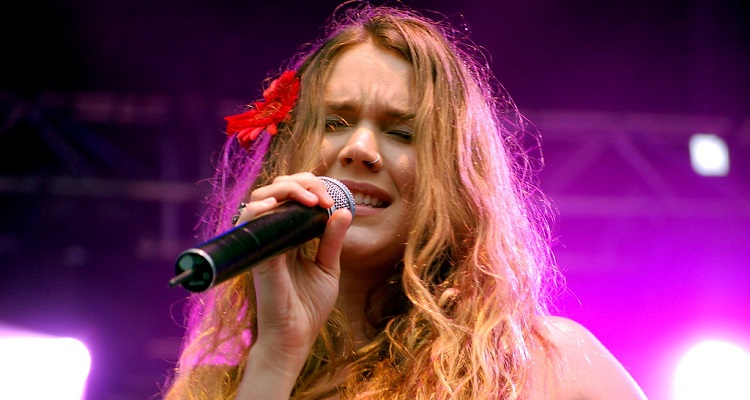 As part of her global tour, Joss Stone touched down in Iran.

There was just one problem – she wasn’t scheduled to perform in the country.

The English singer and songwriter had aimed to perform in every country.  Stone had previously held gigs in Syria, Iraq, and even North Korea.  Yet, in Iran, she hadn’t received permission from local authorities beforehand.

So, before the English singer could hold an unscheduled public performance, immigration officials immediately “detained and deported” Stone.

This would’ve marked the final stop in her Total World Tour.

Wearing a white headscarf on an Instagram while at Kish Island in Iran, she explained.

“So, our very last country on the list was Iran.

“We were aware there couldn’t be a public concert as I’m a woman and that is illegal in this country.  Personally, I don’t fancy going to an Iranian prison nor am I trying to change the politics of the countries I visit nor do I wish to put other people in danger.”

Calling officials the “most friendly, charming, and welcoming” people, she added they had detained her for the night.  The following morning, they quickly deported her.

“Of course, I was gutted.  So close, yet so far.  This moment broke a little piece of my heart.”

Authorities had also placed her on a “blacklist.”

“They said sorry all the way through this process and kept saying this till we got on the plane they were sending us away on.  We were the ones that should have been apologizing for not having our correct paperwork.”

Stone first kicked off the Total Would Tour in Morocco in 2014.  According to her social media pages, she has visited and performed in 199 countries.  Prior to arriving in Iran, Stone held gigs at Saudi Arabia, Libya, and Yemen.

Undeterred with the experience, the English singer and songwriter vowed to return to finalize her tour in Iran.

“I still have to walk forward towards that goal some way somehow.  And, of course, music is my driver.  Doesn’t mean we have to [break] any laws though.  There is music everywhere.”