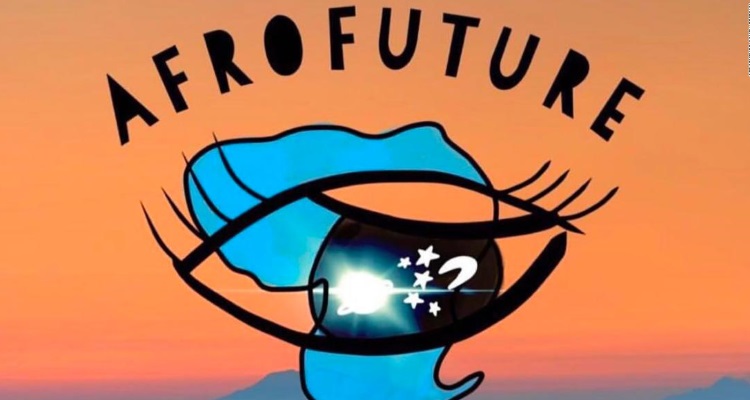 After facing a massive online backlash over its unequal ticket pricing scheme, a Detroit festival has changed its structure.

AfroFuture FEST offered fans different prices for tickets depending on skin color. Early bird tickets for People of Color (POC) were priced at $10 and $20 for any non-POC person. Later date pricing saw POC pricing at $20 and $40 for non-POC people.

The pricing plan received enough backlash that at least one artist pulled out of the event.  Tiny Jag — a bi-racial rapper from Detroit — canceled her performance and asked that her name be removed from all promotional material.

In a statement issued to the media, Eventbrite noted that it doesn’t “permit events that require attendees to pay different prices based on their protected characteristics such as race or ethnicity.”

“In this case, we have notified the creator of the event about this violation and requested that they alter their event accordingly,” the statement continued. “We have offered them the opportunity to do this on their own accord; should they not wish to comply we will unpublish the event completely from our site.”

Here’s a look at the original pricing breakdown. 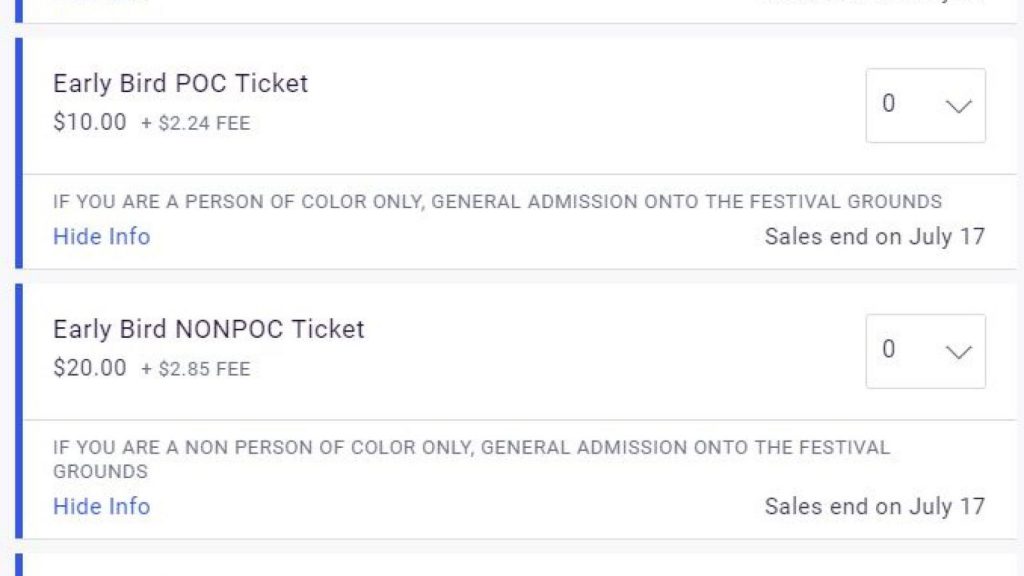 AfroFuture FEST’s FAQ stated that the unequal pricing was a form of equity, offering marginalized groups a chance to attend. Many people did not see the pricing scheme that way, however.

“It seems almost like it has spite, and unfortunately with spite comes hate, and that’s just not obviously going to be a good direction for us to go if we’re looking for positive change.

“I was immediately enraged just because I am biracial.  I have family members that would have, under those circumstances, been subjected to something that I would not ever want them to be in … especially not because of anything that I have going on.”

The festival’s organizers say the pricing change was in response to right-wing harassment. Many sites highlighted the pricing, prompting harassment of the owner of the venue. A representative for Afrofuture Youth says the change is being made for safety only.

“For safety, not anything else but that, the new ticket structure will be a standard set price across the board of $20. However, there will be a suggested donation for non-people of color.”

50% of the profits from the AfroFuture festival will benefit Afrofuture Youth. The event is taking place on August 3rd at Detroit’s Feedom-Freedom farm. The small festival is expected to attract roughly 200 people, and has sold 71 tickets so far.  13 tickets set aside for white people have been sold at the elevated pricing, organizers relayed.