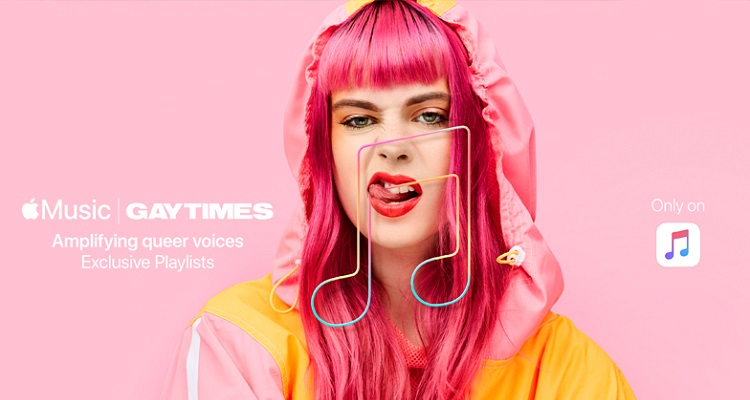 Apple Music has been busy as of late.

Last month, the music streaming service applied for a trademark filing in Canada.  Apple Music was busy resurrecting its forgotten mini-documentary series focusing on up-and-coming artists – Up Next.

Then, just days before its 4th-year anniversary, the company confirmed its music streaming service had 60 million paying subscribers.  After 10 years, its rival, Spotify, has over 100 million.

A source hinted that the company will work on similar ‘exclusive’ deals with other artists.

Now, the music streaming service has confirmed a new curator.

Welcoming a European media brand into the curator space.

Through curated playlists, the media company will showcase music acts from across the LGBTQ community.

Officially unveiling its status as a curator, Gay Times wrote,

“The project is being supported by a wider… media campaign, featuring next-generation queer talent such as Kim Petras, GIRLI, Vincint, and ALMA.”

The Cupertino company will promote the collaboration with a series of digital billboards in London and Manchester.

“The LGBTQ community has had a long relationship with music, using it both as a protest and a party.  Many of the icons within our community are pop stars, and with Queer & Now, we aim to unearth the role models of the future that will lead the way to greater LGBTQ representation and acceptance.”