In a Closely Watched $6.2 Million Lawsuit, The BBC Accuses Sony of Failing to Protect a Warehouse Burned In the London Riots 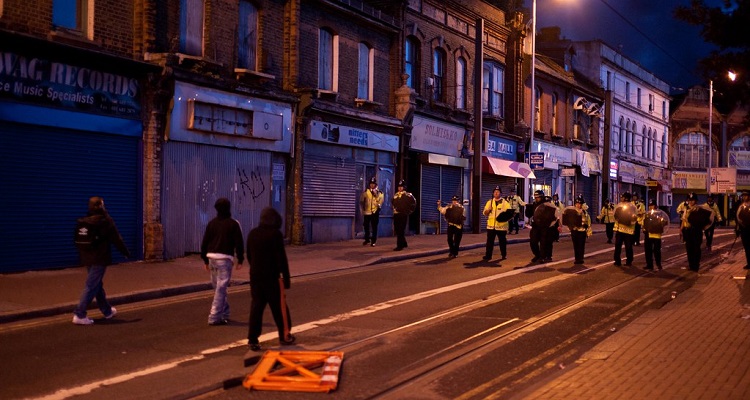 The British Broadcasting Corporation (BBC) has started its lawsuit against Sony.

Filed in the Technology and Construction Court (QBD) of the High Court of England and Wales, the BBC blames Sony of properly failing to protect a warehouse.  The burned down storage unit contained the inventories of over 150 independent labels.

In 2011, and during the infamous London Riots, three teenagers – two aged 17 and the other aged 18 – set fire to Sony’s warehouse.  The company lost over 25 million discs.  This unit contained works from indie labels, including XL and Domino, whose rosters include Adele and Arctic Monkeys.  The Sony warehouse fire lasted for ten days.

“The warehouse was attacked by a group of teenagers, this was in the aftermath of seven days of disorder.  And a key feature of this case is they gained access very quickly, within minutes, and without any apparent difficulty.”

An insurer working for Sony paid for the BBC’s destroyed works.  A separate Sony subsidiary manufactured and stored the media company’s works in the warehouse.  The BBC filed the claim over the fire-related loss of profits, business interruption, and increased cost of working.

According to Moody, Sony knowingly had substandard security at the location.  The company also hadn’t done enough to protect the storage unit from potential fires.

Fighting back in court, Ben Quiney, Sony’s barrister, claimed neither the company nor its subsidiary could have anticipated the London Riots.  In addition, the BBC hasn’t presented evidence demonstrating the warehouse’s poor security.

In fact, says Quiney, the moment the three teenagers broke into the storage unit, a security guard promptly called for help.  Yet, the lone guard couldn’t do anything against the looters, which totaled 15.

Stating that the rioters had weapons, including shovels and baseball bats, Sony’s barrister explained,

“These were a determined gang of people coming and equipped to burn this warehouse down.  The physical efforts of 15 people are going to challenge the most secure building.”

Sony has defended itself, invoking a “force majeure” clause.  This states neither party remains liable to “perform an obligation” in circumstances beyond either party’s control.  Circumstances include fires, floods, riots, and explosions.

“The obligation that was not performed here was securing the premises, that’s the obligation.  And that failure wasn’t caused by circumstances beyond the reasonable control … because the failure could have been avoided if there was proper security or fire precautions.”

Other BBC subsidiaries represented in the case include 2 Entertain and Demon Music Group.