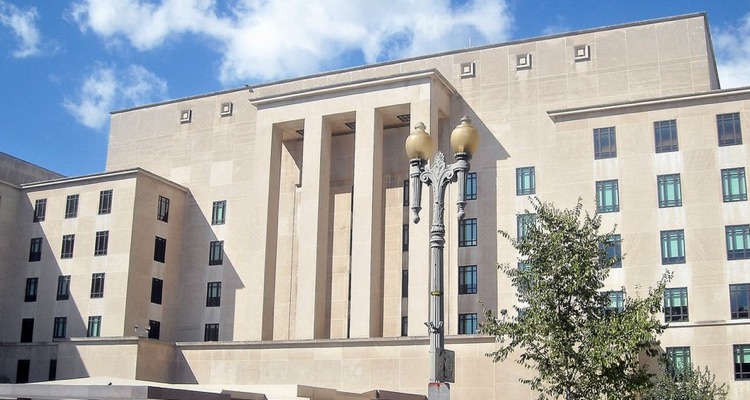 Will the feds make #JusticeForRocky a reality?

A$AP Rocky has been jailed in Sweden since July 3rd, shortly after he and his crew were involved in an altercation with a small group of Swedish individuals.  Because the Swedes were the clear aggressors — someone on Rocky’s side captured the entire episode on video — most fans and observers initially believed that Rocky would be set free.

That has not been the case.

Instead, Rocky has been jailed in Stockholm while police investigate the confrontation and decide whether to prosecute the rapper for assault, which, under Swedish law, carries a maximum sentence of six years. (The judge ruled Rocky to be a flight risk, and in Sweden, suspected criminals can be detained while investigations are ongoing.)

As a result of the detainment, Rocky has been forced to cancel his remaining European tour stops.

Now, the U.S. State Department has stepped in to help Rocky, whose real name is Rakim Mayers.

State Department officials worked to have the rapper moved to a more sanitary jail and said, via a statement, that American citizens are to be ‘treated with respect’ by foreign governments. A State Department representative also met with Rocky in person, though their conversation was limited in length and scope; Swedish guards were apparently listening in on the dialogue.

Lastly, U.S. representatives have stated that they are actively monitoring the episode and may provide more comprehensive assistance in the coming days.

The Swedish government has until July 19th to set Rocky free or apply for an extension to keep him detained.  The bad news is that the rapper has suffered personally and financially from what appears to be an attack instigated by the accusers.  The good news, however, is that Rocky’s fans have banded together to provide support.  At the time of writing, about 600,000 individuals have signed the #JusticeForRocky petition.

With the U.S. State Department, numerous celebrities, and 600,000+ fans in his corner, A$AP Rocky is hardly suffering from a lack of support.  Unfortunately, that isn’t doing much to get Rocky out of jail — at least not yet.