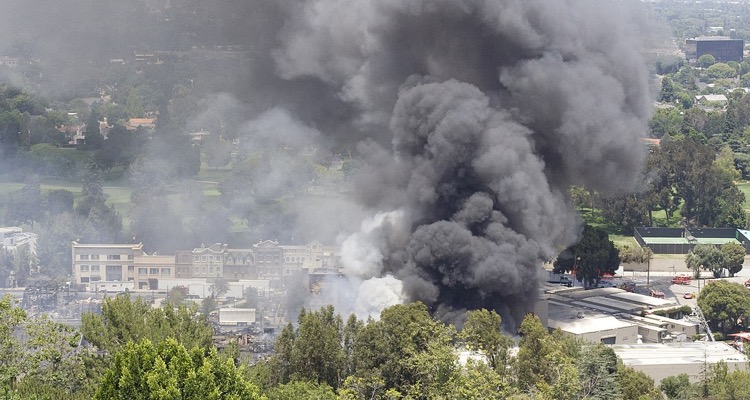 Perhaps the 2008 Universal Studios fire was just a bunch of billowing smoke?

That seems to be the position of Universal Music Group, which is now claiming that just 22 master recordings perished in the famous fire — at least according to their latest tally.

In an email quickly leaked to Digital Music News, the stunningly-low tally was revealed.  UMG senior vice president of recording studios and archive management Pat Kraus, who is heading the cataloging the artist response efforts, authored the document.

Kraus was put in charge of the broiling crisis last month by UMG chief Lucian Grainge.

Here’s a quick excerpt from the email:

“Over the past several weeks, our team has been working around the clock, fielding requests from approximately 275 artists and representatives. To date, we’ve reviewed 26,663 individual assets covering 30 artists.  Of those assets, we believe we’ve identified 424 that could be missing or lost due to the fire, with audio assets accounting for 349 of them.

“Our data suggests that 22 of those could be ‘original masters’ which are associated with five artists.  For each of those lost masters, we have located high-quality alternate sources in the form of safety copies or duplicate masters. As we complete new work and we fill in gaps of work we’ve already done, these tallies will continue to evolve by the hour.”

The statement not only claims that damages only involved 22 masters, but that comparable high-quality backups existed in every case.

For those who’ve had a chance to check out HBO’s Chernobyl, a striking similarity to the response of the U.S.S.R.’s Central Committee pops out. But maybe that’s the game: the lower UMG’s admitted damages, the lower the potential damages in future litigation.

Of course, another huge question is why all this cataloging is happening in 2019 — a full 11 years after the blaze.

Last month, we reported on a $100 million class action lawsuit lodged against UMG.

Now, UMG is diligently working to dismiss that action entirely — first by claiming that none of the lawsuit’s arguments have any legal grounding.  The label is also likely to use its ’22 original masters with replacements’ finding to further fight the action.

That problem wasn’t lost on one of the litigating attorneys.  “Why not show us the sworn declarations of losses they filed in their lawsuits against NBCUniversal and their insurance company?” fumed attorney Howard King in comments to the Los Angeles Times.

“I wonder if those are consistent with what they are now claiming?”

More ahead — including more details on UMG’s detailed response to the class action.