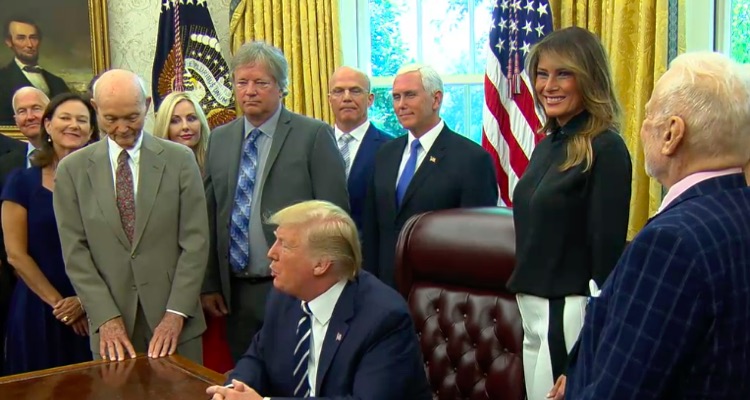 Donald and Melania Trump are both focusing on the A$AP Rocky case— with little effect.

Charges have been dismissed against one of the Swedish nationals who was involved in a fight with A$AP Rocky and his crew.  The news was announced in a statement from Swedish prosecutors.

One of the individuals who’s filed charges against A$AP Rocky and his crew was the target of a counterclaim made by Rocky’s bodyguard.  The bodyguard noted that the alleged Swedish victim was actually the aggressor; this person was recorded breaking a pair of headphones over Rocky’s bodyguard’s head.

By dismissing these claims, Swedish prosecutors seem to be indicating that they believe the alleged victim — i.e., the one who’s brought a case against Rocky.  It’ll be very interesting to see how this affects A$AP Rocky’s overall situation and potential trial.

A$AP Rocky and two of his friends have been jailed in Stockholm since July 5th because they were found to be “flight risks”.  The detainment happened shortly after the Rocky troupe was involved in a scuffle with a small group of Swedes.  Said scuffle was captured on video by one of Rocky’s crew, and the footage hardly cast the “victims” in a positive light.

In the video, A$AP Rocky is seen and heard attempting to persuade the Swedish individuals to cease instigating.  The Swedes followed Rocky’s group down a street, and something of a fight then ensued.

Based upon the footage that was posted to social media, it seemed apparent that the accusers were in fact at fault.   Apparently, officials don’t feel the same way, and this wrinkle in the investigation doesn’t look good for team Rocky.

The accused will be jailed until Friday, when prosecutors will reveal whether they plan to take the trial to court.  If found guilty, A$AP Rocky could face up to six years in prison.

U.S. officials have inquired about the case with Swedish officials, and a representative of the American government has visited with A$AP Rocky multiple times. Additionally, President Trump took to Twitter to announce that, following a conversation with Kanye West (a friend to him and Rocky), he’d reached out to Swedish Prime Minister Stefan Lofvan and offered to vouch for Rocky’s bail.

Even Melania Trump has gotten involved: just last week, the First Lady stated that she was working with the U.S. State Department to craft a solution.  Just moments after that disclosure, Justin Bieber weighed in by thanking Donald Trump for showing concern for Rocky — but also asking the President to ‘let those kids out of cages,’ referring to detained children of illegal immigrants.

It’s hard to say how this unexpected episode will proceed, though Swedish government officials and prosecutors seem unconcerned with ‘pressure’ from the Trumps.  In fact, that may be hurting A$AP’s chances of getting released.