Mixhalo Raises $10.7 Million to Vastly Improve Live Concert Audio — But Is That Something Fans Want? 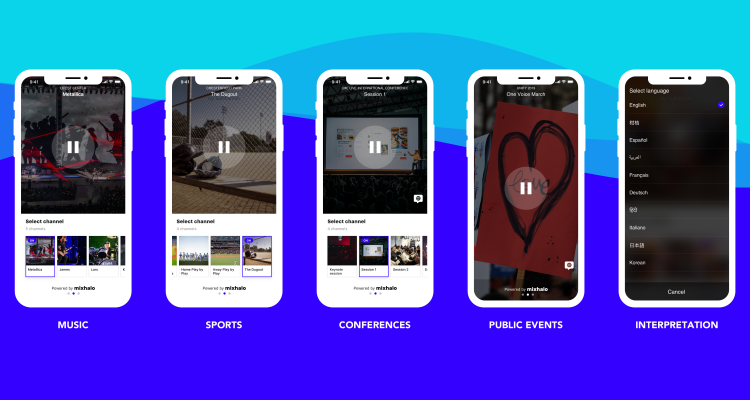 Mixhalo has raised $10.7 million in Series A funding to vastly improve the live audio experience at concerts and live events.

The live concert audio start-up was founded by Michael Einziger — guitarist and co-founder of Incubus.  Like most performing musicians, Einziger has used headphones on stage to monitor his band’s sound during live concerts.  Now, Einziger wants to re-create that experience for fans using any headphones or earbuds at a live show.

Einziger wants to send the pristine master audio signal straight to the phones of concert attendees.

Sounds simple.  Though convincing fans to change the way they’ve been listening to live music for their entire lives could be tricky.  Beyond that, it’s unclear if fans really want high-quality live audio, or if factors like crowd noise, social interaction, and simple loudness and booming bass are bigger draws.

But the hurdles don’t end there.  One of the main challenges for Mixhalo is dealing with the poor WiFi signals at most live events.  That’s an issue that gets exacerbated by large crowds, which can drag even the strongest connections to a crawl.

But assuming a perfect connection (which is a big assumption), some interesting positioning variables come into play.  Mixhalo has already hired several staffers from Meraki to build its underlying technology, which takes into account a user’s position in the space.  The tight coordinate-mapping makes sure the delay of the main audio corresponds with the headphone audio.

Mixhalo is designed to work with regular headphones, so no one is required to have a special wearable.  Mixhalo says the technology has been tested at several live venues over the past few months, and it’s already getting early buy-in.  For example, Metallica invested in Mixhalo early and has used a special mix for attendees to focus on a specific band member.  Aerosmith’s residence in Las Vegas has also incorporated Mixhalo into the show.

This year, Marc Ruxin joined Mixhalo as the company’s CEO.  Ruxin formerly led the music discovery start-up TastemakerX, which was acquired by Rdio.  For reasons that may seem obvious to longtime industry veterans, Ruxin says he wasn’t keen to return to the industry.  But apparently he was wowed by the audio quality from Mixhalo and its broader prospects.

The Series A cash infusion will be used to grow Mixhalo’s customer base to add new concert venues and music festivals.

Mixhalo says the company is looking at expanding to live sporting events and other non-music shows.  The idea is to supply supplemental audio to live games, like listening to the radio while at a live baseball game.

Strangely, Mixhalo insists that they aren’t trying to create another device-oriented experience at live concerts — though they seem to be creating the exacty thing they say they aren’t.