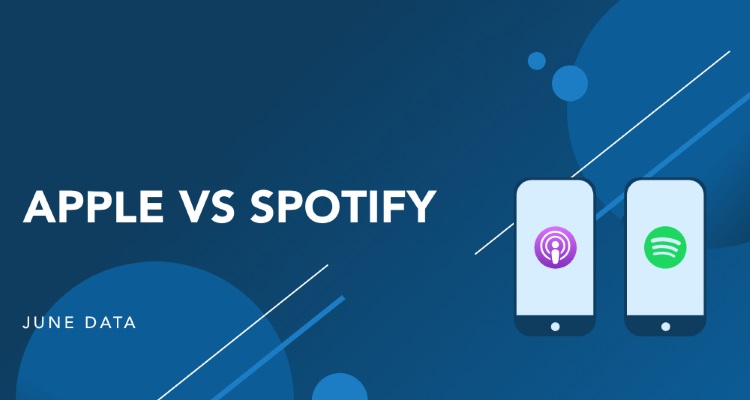 The battle for podcast dominance between Apple and Spotify is heating up.

According to a recent breakdown, Apple still leads the podcast category —though Spotify is rapidly catching up.

The just-released report from Voxnest examines how both Apple and Spotify are appealing to the podcast listener. Spotify has made podcasts integral to growing its platform, with investments over $300 million in podcasts this year alone.  In June, Spotify rolled out an update aimed at giving podcasts their own space in the app.

Spotify has also announced several high-profile podcast partnerships, including one with Barack and Michelle Obama. Not to be left in the dust, Apple has plenty of plans to fund original podcasts of its own.  No specifics for new original content have been shared, but Apple has been buying exclusive rights to existing podcasts.

While Apple continues to dominate the podcast market in most of the world, Spotify has slowly started a takeover.  The first countries to ‘go green’ for Spotify podcast listening include the Netherlands, Germany, and Bulgaria. 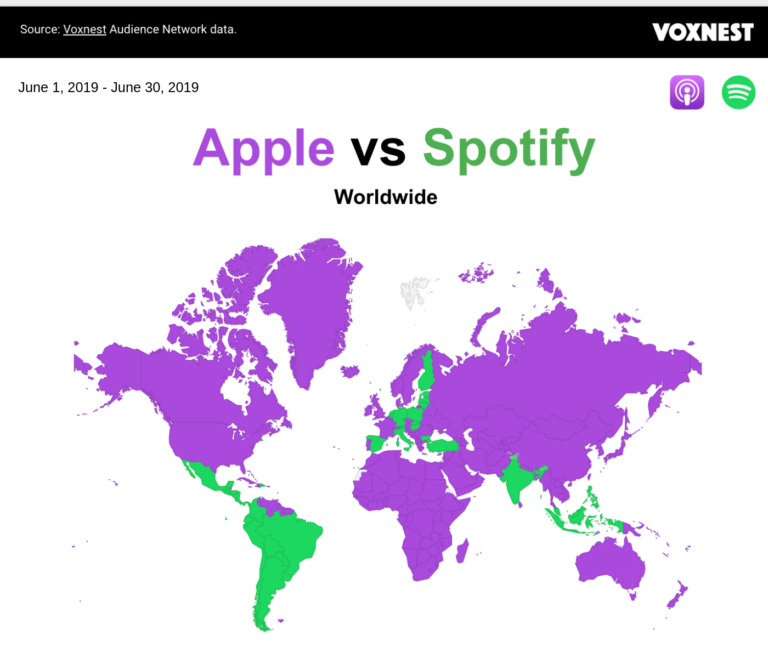 Podcasts are huge in Germany, so that’s a significant market gain for Spotify.  Two podcast companies — Acast and The Infinite Dial — have plans to debut Berlin offices soon. Other Spotify preferring countries in Europe include Spain, Finland, Italy, Austria, Estonia, Latvia, and Lithuania.

Around the rest of the world, Spotify dominated podcasts in Mexico and most of South America. Only four countries in the region, including Venezuela, prefer Apple for their podcast fix.

Southeast Asia is also a hot-bed of growth for both companies. Spotify’s recent launch in India in February has proven successful, as most Indians prefer Spotify’s podcast platform. Malaysia, Indonesia, and the Philippines all prefer Spotify as well.

Spotify’s recent launch in South Africa doesn’t appear to have made a dent in the podcast market. Africa is the only continent where Spotify is available, but not a single country prefers it as a podcast platform.