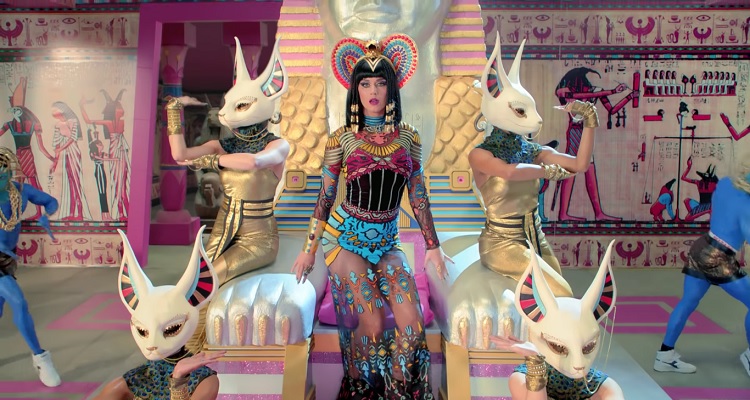 According to a professional musicologist and musician, Katy Perry’s producers willfully stole a Christian rapper’s song to create ‘Dark Horse.’

According to Perry’s legal team, however, Marcus Gray has no right to sue.  After all, he didn’t create the beats for the 2008 song, ‘Joyful Noise.’  Co-writer/rapper Chike Ojukwu did.

In fact, other songs created over the years tend to sound the same, they continued.  Just note the similarities between two different Christmas songs – ‘Jolly Old St. Nicholas’ and ‘Merrily We Roll Along.’

So, no, Katy Perry and Universal Music’s Capitol Records didn’t infringe on the song.

Now, a famed producer has chimed in to help

Is there a doctor in the house?

He helped create ‘Dark Horse.’  Gottwald has also worked on many hit songs for Britney Spears, Pink, and Kelly Clarkson, among many others.

The famed producer told the court that he’d never heard of Christian rappers Gray (who goes under the name ‘Flame’), Emanuel Lambert (‘D.A. Truth’), nor Ojukwu.

Stating that he takes his work seriously as a producer, Dr. Luke testified,

“We’re trying to make what we do as great as possible.”

He added that ‘Dark Horse’ first started as an instrumental beat created by fellow songwriter and producer, Henry Walter (known as Cirkut).  The eight-note melodic started off with four catchy C notes and two B notes.  These, said Dr. Luke, serve as the building blocks of music.

Gottwald testified that he felt absolutely shocked when finding out about the ‘Dark Horse’ lawsuit.

“We take this seriously and write original music.”

Testifying about the song’s originality, Walter took the stand and told the jury,

“I consider myself to be an honest person.  To be accused of plagiarism — it’s a serious matter.  I was hurt by it.“

Gray, Lambert, Ojukwu, and Lecrae Moore filed the copyright infringement lawsuit in June 2014.  They also slammed the song for tarnishing the “devoutly religious message” of ‘Joyful Noise.’  Perry and her team ruined the original through “its association with the witchcraft, paganism, black magic, and Illuminati imagery evoked by the same music in ‘Dark Horse.’”