U.S. Congressman Calls Metallica’s Ticketing Operation a ‘Scam’ — ‘These Problems Are Not Going Away’ 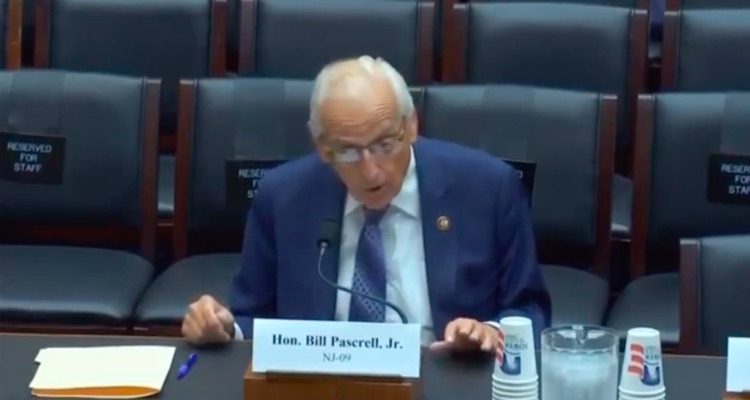 Last week, secretly-recorded conversations involving Live Nation and Metallica revealed that 88,000 tickets had been directly fed to secondary ticketing hubs.  Those sites enabled the band to bypass direct sales at face value, and dramatically hike the price on its fans.

Now, that backroom deal is catching the attention of U.S. lawmakers.

In testimony before the House Committee on Energy and Commerce on Thursday, New Jersey congressman Bill Pascrell, Jr. described the secret arrangement as ‘the latest scam’ involving the live ticket marketplace.  “Unbeknownst to fans, apparently Ticketmaster and Live Nation were working with [Metallica’s] management to hold back 88,000 tickets, and post them directly on resale sites.”

“Live Nation admitted to the scheme last week and about a dozen artists between 2016 and 2017 could still be doing the same.  This is wrong.”

But back at Live Nation and Metallica headquarters, there may be some expectation that this will blow over.  Pascrell has been pushing for ticketing reform for roughly 12 years, when he introduced the BOSS Act in response to similar allegations against Bruce Springsteen.

The BOSS Acts stands for Better Oversight of Secondary Sales and Accountability in Concert Ticketing Act (H.R. 3248), which conveniently maps to Springsteen’s ‘The Boss’ nickname.

“I first introduced the bill twelve years ago, when there was a major issue with the Bruce Springsteen tour,” Pascrell noted.  “And these problems are not going away.”

Pascrell also attempted to force ticketing legislation nine years ago, albeit unsuccessfully.  As you might expect, the Congressman has also been a sharp critic of Live Nation and its ever-powerful ticketing subsidiary, Ticketmaster.  “The combined behemoth dominates a combined $9 billion per year industry, and holds over 80% of market share,” Pascrell continued while noting that the company is “ripping off regular folks, daily.”

“They have sway over everything, including the peanuts you buy [at venues].  The record sales, licensing, talent, management, venue ownership, ticket sales, everything down to selling hot dogs and pretzels.”

“If there ever was a monopoly, this is it.  Sorry, Mr. Holden, you blew it,” Pascrell blasted, referring to former U.S. Attorney General Eric Holder, who approved the merger between the live concert and ticketing giants.

Beyond that, his BOSS Act would ban last-second pricing increases and force “all in pricing”. “It’s important to emphasize that the marketplace has been governed by zero federal regulation,” Pascrell continued.  “Live Nation operates with impunity.”

“The GAO [General Accounting Office] estimated that primary and secondary ticketing companies charge fees totally 27% and 31% of the ticket price.  In my neighborhood in Patterson, New Jersey, that’s called thievery,” the Congressman ranted.

“The BOSS Act forces the disclosure of how many tickets are going on sale, how many are being held back, and where those tickets are coming from.  It will also prevent those with connections to artists and venues from knowingly reselling tickets at a jacked-up price.  For the secondary marketplace, the bill also addresses speculative ticket sales and so-called white label sites that trick consumers.”