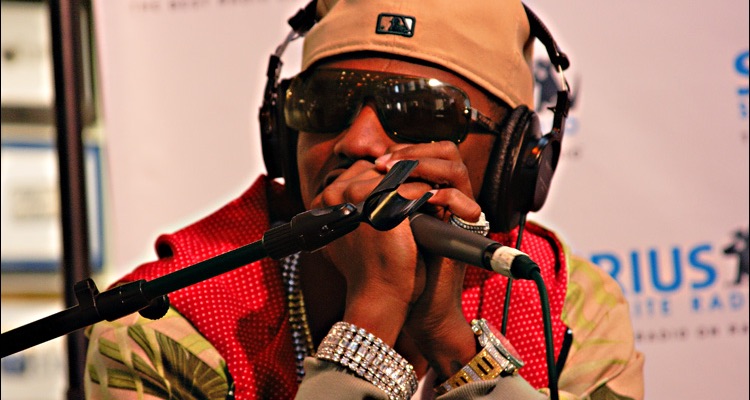 TMZ is standing by their story despite legal threats from Fabolous.

Rapper Fabolous, whose real name is John David Jackson, is now threatening to sue TMZ for defamation. He issued the threat in response to a TMZ article that provided details and information about his alleged split from his longtime girlfriend, Emily B.

Throughout the last decade, Fabolous and Emily B have had several high-profile disputes.  In one episode, Fabolous was charged with a number of assault-related charges when he attacked Emily B in 2018. (It didn’t help Fabolous’s case that part of the episode was recorded; TMZ was also the first outlet to obtain and publish the footage.)

Fabolous struck a plea deal to avoid jail time, and he and Emily B reached a settlement, but according to TMZ, the incident spelled the beginning of the end for their union.

In the article that prompted Fabolous to threaten legal action, TMZ also included a photo showing Fabolous dining with another woman.

At the time of writing, it’s unclear if Fabolous’s threats are just that — threats — or if he’s actually brought the case to court or even hired an attorney.

Neither he nor Emily B have commented on the lawsuit’s status, and TMZ has firmly stood by the story. It’s also worth noting that Fabolous’s comments, which were posted on Twitter, included a clear-cut denial that he and Emily B had broken up.

As for TMZ, the celebrity-focused pub is no stranger to defamation actions.  Just last month, the Texas Supreme Court agreed to hear a defamation suit brought by former Dallas Cowboys player Robert Jones, who TMZ accused of plotting to kill his wife.  That’s an actual lawsuit and goes further than a simple threat, and a victory could embolden other plaintiffs — including musicians tarred by TMZ’s brush.

Beyond this controversy, Fabolous is in the process of finalizing what will be his first studio album in five years, Summertime Shootout 3. The mixtape is set to release in September, though a specific launch date hasn’t yet been provided.

Of course, TMZ’s article may be incorrect, though it’s unclear if Fabolous will follow through and file the lawsuit.