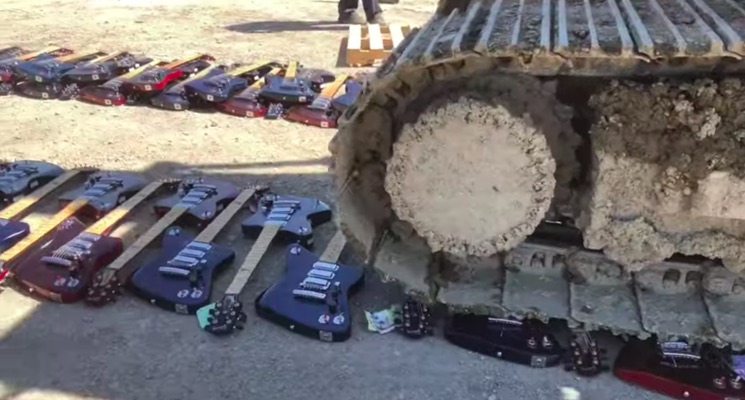 The recently-leaked video, shot by a former Gibson employee, shows the destruction of hundreds of unsold guitars.

Gibson has been found destroying hundreds of perfectly usable guitars in a just-leaked video.  The video, released by former Gibson employee BJ Wilkes, shows a large collection of brand-new Firebird X guitars getting pulverized by a massive construction vehicle.

Wilkes worked for six years at Gibson, handling maintenance and facilities duties.  He was based in Gibson’s Memphis location, which is likely where this video was shot.

According to Wilkes, Gibson was crushing its unsuccessful Firebird X model guitars, which attempted to incorporate a range of new technologies.

Those extras included auto-tuners, in-body software, and a range of toggle switches.  Wilkes said the guitars were conceptualized under former Gibson CEO Henry Juszkiewicz and were ultimately poor sellers.  The destruction of the guitars was conducted after Juszkiewicz was ousted by the company, according to Wilkes, part of a painful bankruptcy proceeding that started in May of 2018.

Here’s a look at the destruction and subsequent carnage.

“They were trying to clean up the mess before the end of the fiscal year,” Wilkes told YouTube channel Guitologist.  “Gibson literally could not sell these guitars and they were on the books.”

Despite being new, the unsellable guitars were not donated or repurposed in any way.  Instead, they were deemed ‘unsalvageable,’ and  Wilkes noted that the wood could not be repurposed.  “[The Firebird X] was a horrible guitar, with too much technology all based on Windows 98 or something,” Wilkes continued.

From a strict profitability standpoint, Gibson’s investors were motivated to demolish the guitars to avoid flooding the market and lowering demand.  After all, donated Firebird X guitars offered for free or little cost — no matter how undesirable — are a great replacement for a higher-priced Gibson.

Still, it’s unclear why none of the raw materials weren’t repurposed or recycled.  A glance at the guitars shows a range of usable and brand-new components, including pickups, strings, tuner pegs, and the wood itself. 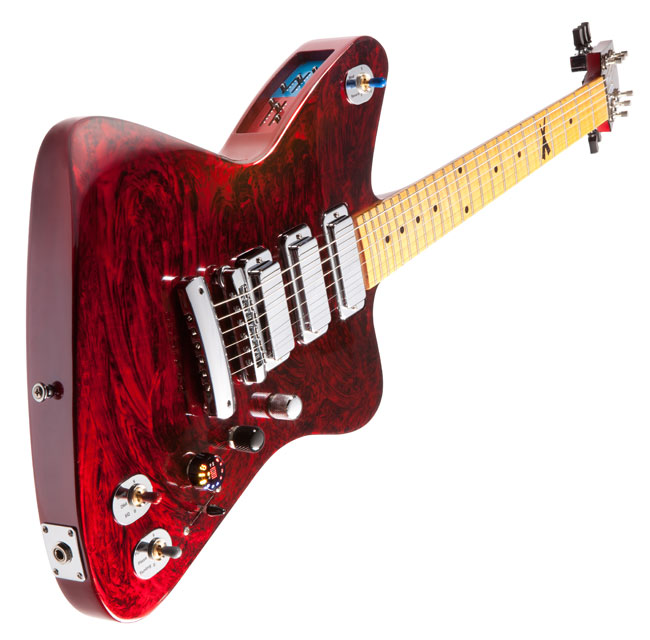 Update: Gibson has now responded to the leaked video, and defended its decision to demolish the ‘unsafe’ guitars.

Here’s the full statement from Gibson, issued this morning.

“As a starting point, Gibson has committed to giving a guitar a day away over the next 1,000 days. 100 percent of donations to the Gibson Foundation go directly towards giving the gift of music, reaffirming Gibson’s commitment to giving back, helping under-served music education programs, empowering music culture and encouraging the creation of music.”

Gibson’s claim of an ‘isolated’ incident seems suspect, however.

Wilkes said the destruction of guitars was routine and ordered from the top.  When asked about repurposing guitars, Wilkes noted that the practice was rarely authorized.  “Under Henry, nobody was allowed to do that for the fear of losing their job – that’s firmly ingrained in the company now.”

Other models were also routinely crushed.  “I’ve seen them take, daily, 10, 20 ES guitars that were painted and ready to go, and just cut ’em up because there was some teeny-tiny little blemish,” Wilkes stated.

Ironically, the mass destruction could transform the Firebird X into a rare collectors’ item, and result in nosebleed prices for the models that remain.