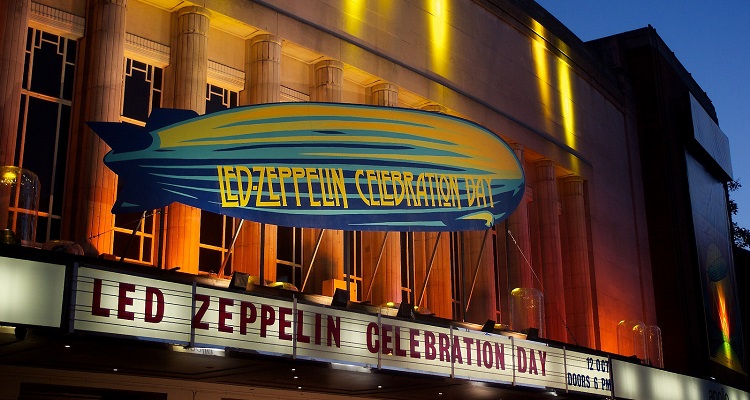 The Led Zeppelin ‘Stairway to Heaven’ case is complicated, to say the least.

It all started back in 2014 when a descendant of Randy Craig Wolfe, former Spirit band member and songwriter, made a ludicrous claim.

Led Zeppelin allegedly ripped off Spirit’s ‘Taurus’ to create the now-iconic intro of ‘Stairway to Heaven.’  The popular group allegedly stole the guitar riff introduction from Wolfe and his band.

As expected, a California federal jury officially rejected the claims after listening to both songs.  The case fell apart after Led Zeppelin’s legal team revealed the guitar riff actually exists in the public domain.

Things like ‘facts’ and ‘evidence’ apparently don’t matter to Wolfe’s estate, nor estate trustee Michael Skidmore.  Keep in mind Spirit has opened for Led Zeppelin, and Led Zeppelin for Spirit.  During his life, Wolfe never entertained the idea of filing legal action against the group.

Now, after the U.S. Court of Appeals tossed the jury’s verdict, the iconic British group will finally have to face the music once again in court.  This time, they’ll have help.

Sean Lennon, the Nashville Songwriters Association International, the Songwriters of North America, Korn, and Tool, among many others, have submitted a new filing to aid the group in the closely watched infringement case.

In an amicus brief filed at the Ninth Circuit Court of Appeals, 123 artists – along with the organizations – explained they “have a significant interest” in the case.

“[We], whose music entertains and enriches the lives of countless people worldwide, will therefore undoubtedly be affected by…the outcome of this critically important case.”

The Recording Industry Association of America and the National Music Publishers Association have previously filed amicus briefs in support of the group.

According to the artists and organizations, ruling in favor of Michael Skidmore will severely hamper their own creativity, the creativity of future artists, and creativity in “the music industry in general.”

The artists and organizations added ruling against Led Zeppelin will also cause “excessive and unwarranted litigation.”

“There was no evidence presented at the Led Zeppelin trial that the otherwise unprotected elements that appeared in ‘Taurus’ were presented in such an original pattern or compilation as to garner copyright protection.”

In fact, Skidmore’s ‘evidence’ of “the purported ‘selection and arrangement’ in ‘Taurus’ that also appeared in ‘Stairway to Heaven’ merely [consists] of random similarities of commonplace elements.”  These elements include a descending chromatic scale and two-pitch sequences in different melodies “scattered” in both songs’ respective introductions.

“After filtering out the generic elements or musical commonplaces identified in ‘Taurus’ under the extrinsic test, what remains are two completely different songs.”

Lambasting the U.S. Court of Appeals’ decision to reverse the jury’s decision over “erroneous instructions,” the artists explained the guitar riff still remains in the public domain.

“Significantly, however, although facts and elements in the public domain, as well as commonplace elements, if arranged in an original manner, may qualify for (thin) copyright protection, the component parts themselves do not become protected by copyright simply by virtue of their combination into a larger whole.”

Simply put, the artists say, “by their very definition,” elements in the public domain and “scenes a faire” – certain parts of a creative work not liable for copyright protection – are “free for all to use.”

Should the Ninth Circuit Court rule in favor of Skidmore, the court will essentially “cause substantial confusion.”

“Any artist who reads the opinion may very well fear that the (very common) use of any ‘descending chromatic scales, arpeggios or short sequences of three notes,’ or any elements in the ‘public domain,’ could form the basis of an infringement action.”

In fact, say the artists, should the court uphold the Court of Appeals’ decision, they’ll have granted “full copyright protection” to any musical work “based simply on the fact…the works contain the building blocks of musical composition,” even when these works aren’t arranged “in any original way.”

“The brief is unimpressive and dull.  It represents 123 songwriters out of roughly 500,000; a whopping .02 percent!  It’s really nothing more than a blast piece for the industry.”

You can view the amicus brief below and decide for yourself.