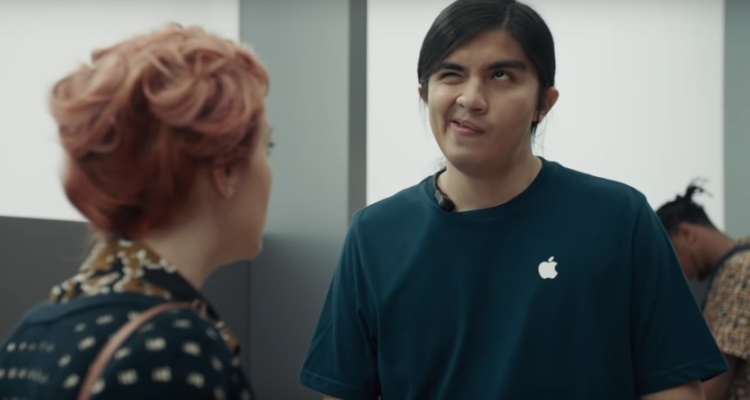 Yesterday, Samsung unveiled the Galaxy Note 10 to the world. Today, the company scrubbed its Apple attack ads criticizing the removal of the 3.5mm  headphone jack.

The Samsung Galaxy Note series has always been the flagship of the Galaxy line. One conspicuously absent feature from this year’s Note line is the 3.5mm headphone jack, which Apple killed off a few years ago.

Samsung didn’t mention the lack of a headphone jack at all in its press conference yesterday.  It was up to the media to discover that fact.

Now Samsung is removing attack commercials that made fun of Apple for removing the jack.

These attack ads were, of course, designed to elevate Samsung as the more sensible solution than Apple.  Apple’s decision to remove the headphone jack and introduce a camera notch were all ridiculed.  And now, all those commercials are missing from Samsung’s official U.S. YouTube channel.

So what did those attack ads include?

One series of ads featured an Apple employee trying to sell the iPhone to reluctant customers.  Customers in the commercial seem confused because the iPhone doesn’t include a headphone jack, microSD card slot, or a notch-less display.

You can see this original series of ads from a third-party uploader (if it’s still live):

Another prominent Samsung ad, called “Growing Up,” highlighted the limitations of the iPhone. One memorable scene shows a guy with a giant dongle attached to use wired headphones.  Both the “Ingenious” and “Growing Up” ads have been removed from official Samsung channels as well.

Samsung’s quiet removals showcase how fickle smartphone manufacturers can be.  The South Korean company was one of the last Android holdouts to keep the headphone jack in place on flagship smartphones.  Now, it can only be found on mid-range and budget devices intended for smaller budgets.

Samsung’s decision to pull these ads gives Apple a prime opportunity to release some mocking ads of their own.  But maybe they’re too busy removing other things from future iPhones.