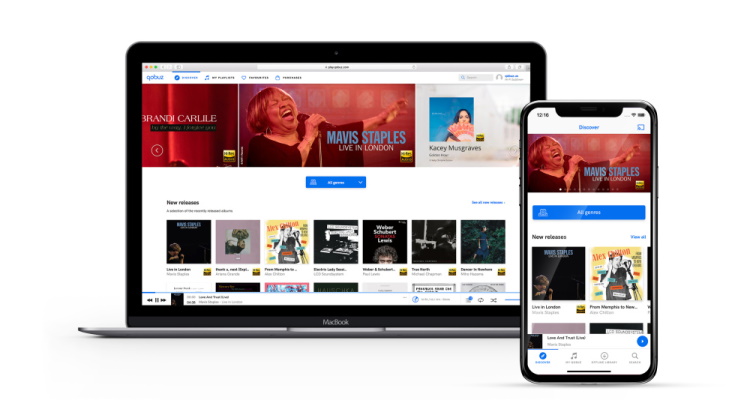 Hi-Res streaming music service Qobuz launched in the United States on Valentine’s Day.  Now, the service says it has attracted at least 25,000 subscribers in the country, just a fraction of its worldwide customer tally.

Qobuz recently revealed some financial details about the company.  According to the disclosures, the service has at least 200,000 subscribers across 12 global territories and continues to grow.

The song catalog on Qobuz is nowhere near as deep as other streaming services, however, the service was built with audiophiles in mind. U.S. managing director Dan Mackta’s recent comments echo that sentiment.

“We’re not competing with the big guys. Our aspiration is to reach 1% of the market.”

Qobuz launched in 2009 as a hi-res download service. It wasn’t until 2014 that the company rolled out a complementary streaming service. All audio tracks on the service are CD-quality audio as a baseline. The service also has millions of Hi-Res tracks, up to 24-bit/192kHz across many genres.

Qobuz’s U.S. rollout was definitely rocky. For several weeks Android users were left needing a desktop computer to sign up for an account. The app simply didn’t work on Android devices. The issue has now been fixed, but how many subscribers did Qobuz lose in that window?

Beyond launch snags, there’s a bigger question: how willing are people to fork over extra money for high fidelity audio?

Earlier this year, TIDAL announced it would support the MQA codec for its hi-res audio tier on iOS and Android.

It’s inevitable to draw comparisons between Tidal and Qobuz.  Tidal Masters has a lower introductory price than Qobuz, though others are also playing in these waters.  Deezer’s recently announced hi-fidelity streaming service starts at a less expensive price point than both.  Even Apple has worked to revamp its iTunes Masters for Apple Music.

All of which raises the question: is there even 1% of a market for Qobuz to exploit at this point?