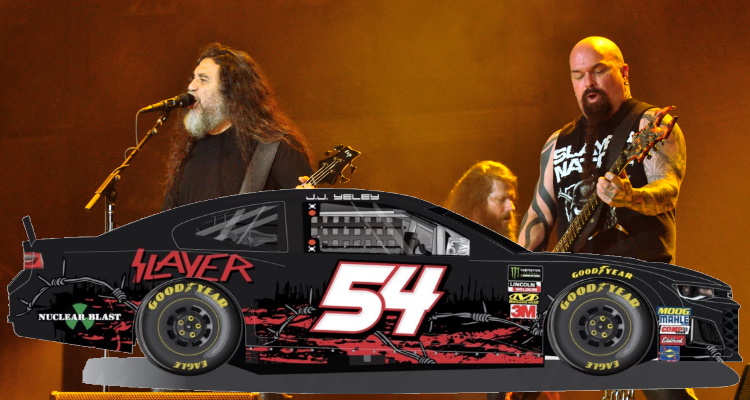 The thrash metal band Slayer has been pulled from being a NASCAR sponsor. The deal was yanked at the last moment.

Slayer is currently on their final world tour and partnered with Rick Ware Racing for the car. The #54 car was to compete at Saturday’s Monster Energy NASCAR Cup Series. The event is taking place at the Bristol Motor Speedway in Tennessee.

Veteran racer J.J. Yeley was slated to drive the car with Slayer livery.

Over the weekend, the band shared an update saying their sponsorship had been pulled “due to reactionary concerns from long-time participating partners.”

All Slayer signage will be removed from the #54 car, according to the band. Instead, the car driven by J.J. Yeley will feature livery from PODS Moving & Storage as a sponsor.

Neither Rick Ware Racing nor the driver has responded to the removal. Yeley himself seemed thrilled with the partnership; he tweeted to ask fans for Slayer song recommendations on August 13. In that tweet, he shared two composite images of the Slayer livery. 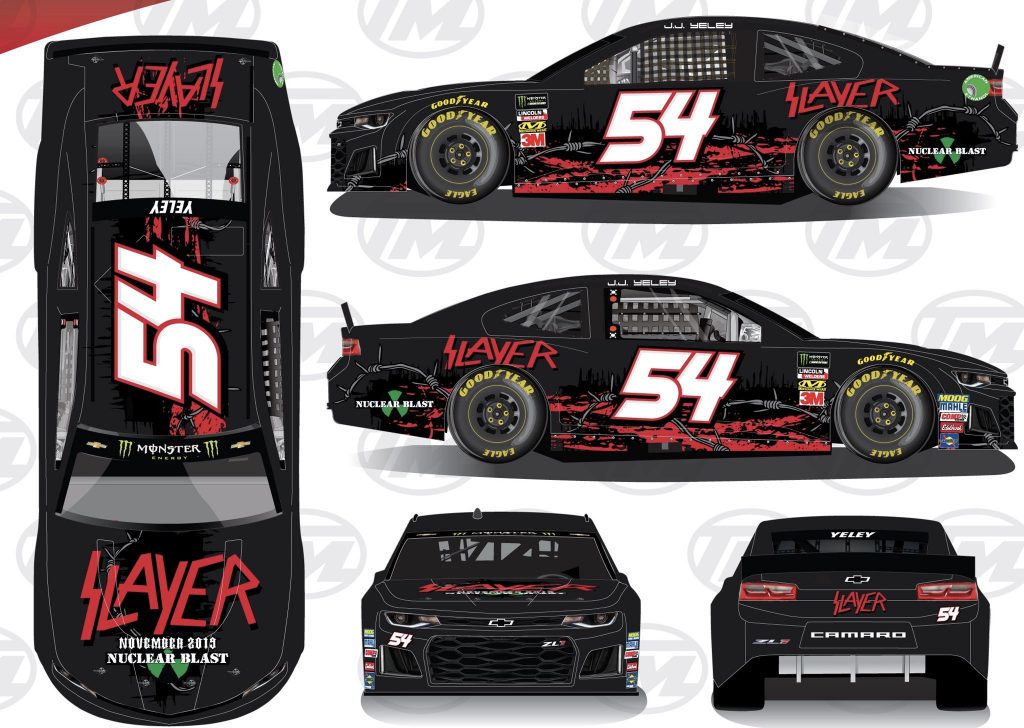 The winning song for Yeley’s intro caused a bit of controversy, too. “Raining Blood” led the top of the poll, from Slayer’s 1986 album Reign in Blood.

Reign in Blood is one of Slayer’s most controversial albums. The execs at Columbia famously canceled the album because of its brutal opening track, “Angel of Death.” That song references atrocities committed by Nazi physician Josef Mengele.

After the cancellation, Rubin took the album to Geffen Records and the rest is history. The song has served as Slayer’s set-closer since 1988, and the song continues to prompt controversy over 30 years later.

“Angel of Death” was written by Slayer guitarist and founder Jeff Hanneman and produced by Rick Rubin.  Hanneman died in 2013, though the band continues to perform without him.  Current members include guitarists Kerry King, Gary Holt, and drummer Paul Bostaph.