The Highly-Leveraged Hipgnosis Snaps Up The Chainsmokers Catalog 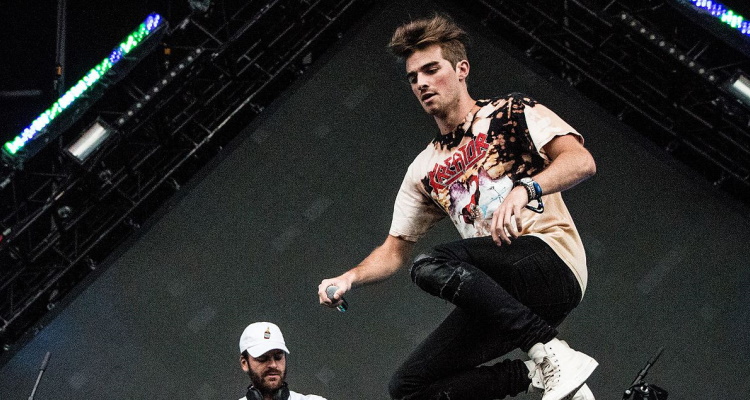 This time they’ve acquired the rights to 32 songs from The Chainsmokers.

The terms for the deal were not disclosed, but Hipgnosis has acquired 100% copyright interest. That includes ASCAP performance rights income for those 32 songs.

Some of the hits included in the acquisition include “Don’t Let Me Down,” which won Best Dance Recording at the 2016 Grammys. “Closer,” “Paris,” “Roses,” and “Something Just Like This” are also included.

The Chainsmokers are one of the world’s biggest dance-pop acts. The group has over 41 million monthly listeners on Spotify and numerous top-charting songs. The group first found success in 2014 with their viral hit, “#Selfie.”

Mercuriadis praised the group and said they’re a worthy acquisition.

“This is a set of songs that people can’t stop playing, and that will define the lives of so many people that have grown up in the 2010s. It’s my pleasure to welcome Alex, Drew, and Adam to the Hipgnosis Family!”

Hipgnosis has been on an acquisition spree since last year. According to the group’s first financial results in June, the company generated revenues of $9.2 million from their 12 catalog holdings.

Those catalog holdings include full or partial stakes in numerous hitmaker collections, bringing total acquired song rights to 3,096 earlier this year.  Hipgnosis acquired those catalogs for around $153 million.  That works out to a multiple of nearly 13x historical net annual income, which offers some sense of the leveraging involved.

Of course, hit-heavy catalogs like those from the Chainsmokers don’t come cheap, though Hipgnosis is committed to leveraging enormous amounts of capital to acquire music IP.  Cocksure Hipgnosis founder Merck Mercuriadis seems comfortable with the long bets, however, and frequently likens music IP to ‘gold or oil’.

Ahead of a potentially stormy economic climate, of course, that sort of bullishness becomes even more ballsy — though of course, Mercuriadis isn’t the only one betting big in this arena.

Between April and July this year, Hipgnosis acquired ten more catalogs of over 1,000 songs. Those catalogs include songs from Eurythmics co-founder Dave Stewart, Benny Blanco, and now, The Chainsmokers.  Hipgnosis now owns the rights to over 24 catalogs and 6,000 songs, spending about $300 million to do so.

The company has shown no signs of stopping either.  Make no mistake, more acquisitions are expected to be announced in the coming months — with equally outlandish multiples applied.