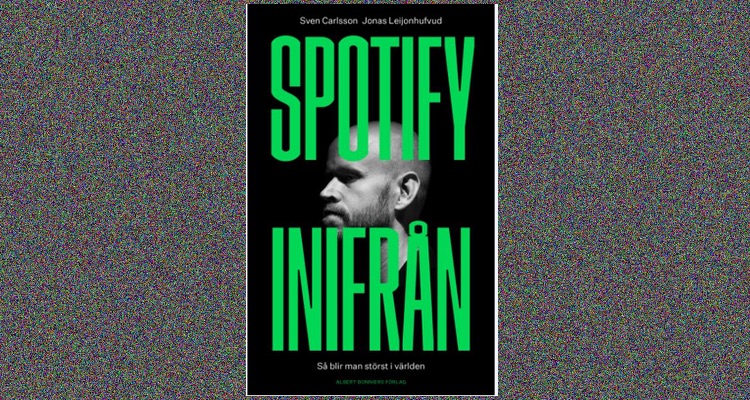 The history books are already being written on the streaming music revolution — though not everyone likes the way Spotify is being portrayed.

If you don’t speak Swedish, then you likely haven’t read Spotify Inifrån, which loosely translates into Spotify Untold. Translations are apparently in the works, though the first ‘translation’ is happening within an entirely different medium.

According to details shared with Digital Music News this morning by the book’s publisher, Spotify Inifrån has been optioned into a ‘TV drama’ with all the suspense, heroes, and villains that popcorn-chomping audiences love.

Yellow Bird UK, a Banijay Group company, has officially optioned the book for the TV series.  In an email announcing the deal, Yellow Bird promised a “gripping and relevant tale of the secretive start-up that evolved to become one of the world’s leading music services,” while recasting the evolution of streaming music as an emotional ‘drama’.

“Based on tell-all-book, Spotify Untold, the drama will examine how a secretive start-up wooed record companies, shook the music industry to its core, and conquered Wall Street,” Yellow Bird UK teased.  “A tale of tech entrepreneurship, this is a journey beset with egos, obstacles, and betrayal.”

Sounds like the work of Hollywood scriptwriters, though industry reaction is already a bit mixed. Unfortunately, we haven’t read Inifrån, and neither has anyone we’ve encountered stateside. But it appears that Spotify topper Daniel Ek and Facebook alum Sean Parker are being cast as vanquishing heroes in this tale, despite serious reservations from artists, songwriters, and — let’s face it — the entire music publishing industry.

“Spotify Untold is the ultimate tale of achieving the impossible and unimaginable,” Yellow Bird waxed in its announcement.  “A modern-day David vs. Goliath set in the dynamic arena of the music industry, this is the true story of youth challenging the establishment.

“With reality trumping fiction at every turn, we will explore one of the greatest and most surprising technological advancements of our time.”

After reading the brief description, one publishing executive quietly ‘barfed in my mouth,’ while another simply texted, ‘reality, fiction, whatevs right?’

Back in Sweden, Jonas Leijonhufvud, one of the co-authors of Spotify Untold,  is clearly excited that his heroic tale of Swedes conquering the world is getting picked up.

“We’re very excited,” Leijonhufvud beamed.  “The rise of Spotify is one of the greatest stories to come out of Sweden in the past ten years.  It’s a saga of a young founder who came out of nowhere and beat Apple at their own game.”

As you might imagine, this tale of conquering giants casts Apple as the giant American bully.  Accordingly, Steve Jobs himself seems to be one of the villains in this tale.  Here’s how Yellow Bird UK frames the face-off:

Central to the series is Spotify’s turbulent journey into the US market; a chess match between the new kids and the old guard, with Steve Jobs himself stepping in to frustrate their progress. The Swedes had a secret weapon in the form of playboy billionaire and Napster founder, Sean Parker.  Jobs, meanwhile, sent in ally and music guru Jimmy Iovine to poach Spotify’s employees to Beats Music, soon to be Apple Music and Spotify’s primary rival. With a number of other obstacles along the way, the show taps into the cut-throat and rapidly evolving industry in which this major player sits as the kingmaker.

Of course, longtime Spotify adversaries like National Music Publishers’ Association president David Israelite isn’t likely to agree with that version of good vs. evil. Just recently, Apple refused to join Spotify, Google, Amazon, and Pandora in contesting a streaming royalty rate increase for songwriters and publishers. Apple has also been adamant about maintaining a paywall on Apple Music from the beginning, partly based on the higher royalties that result for artists.

Then there are the artists themselves, who are still protesting Spotify’s bottom-scraping rates.  That includes Slipknot’s Corey Taylor, who recently lamented that “streaming is pricing artists — old AND new — out of careers,” while pointing out that touring is now a necessity, not a luxury, even for a band like Slipknot.

Taylor’s comments, like dozens of artists prior, were quickly glazed over.  And Apple’s superior rate payouts are also routinely ignored.  All of which probably means that prickly issues related to artist royalties and welfare won’t be factored into Yellow Bird’s tale of Swedish heroism.