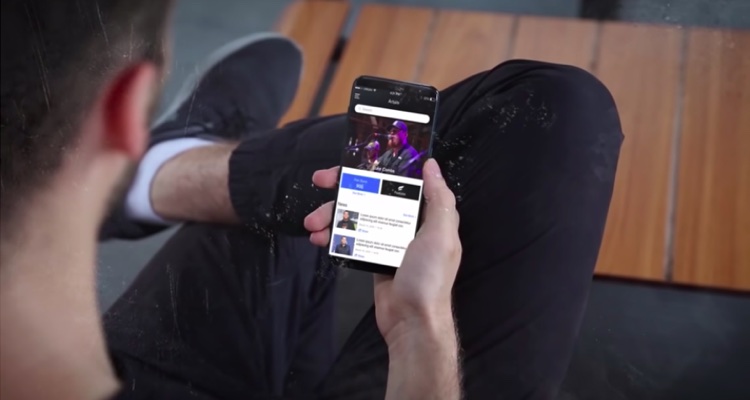 FIX is quietly amassing a serious crowd around music rewards. Now, the strategy is shifting towards in-app monetization.

Over the summer, we first documented Toronto-based FIX, a music rewards app that quietly surpassed 600,000 app installs.  Two months later, the app has quickly expanded to 950,000 app installs, with a growth rate of approximately 100,000 installs a month.

That’s validating FIX’s core concept of offering music rewards to fans, with users plugging in their streams, tweets, purchases, and other artist-related activities to rack up points.  The idea is to bring it all under one gamified umbrella, and amass an ultra-targeted audience in the process. But although points are great for redemption and engagement, the company behind FIX — Toronto-based Fan Integrated Experiences LTD — is now layering in a serious in-app purchasing component.

FIX’s in-app expansion closely follows a similar move by TikTok, which we profiled last month. Both are fairly early stage, with lots of iterations and phases ahead, though it’s hardly an accident that both of these apps are moving in the same general direction.  At the onset, the executions are different, though the core idea is the same: amass a seriously-engaged audience, then smartly thread in-app purchasing concepts into the experience.

TikTok is initially focusing its in-app strategy around branding campaigns, with brand-specific hashtags complemented by purchase tabs (supermarket chain Kroger is one early taker).  On FIX’s side, superfans are being pitched purchasing opportunities around artist merch and other items.

Another big difference is that FIX is largely expanding on its existing rewards concept.  Instead of redeeming points for artist goodies, the recent update blends points and cash for redemptions.  Soon that will include in-venue redemptions with Apple Pay. FIX users can apply as many or as few points against a purchase as they’d like, with more points simply lowering the cash cost.

In many situations, a large amount of points makes the item $0, though users don’t have to exhaust their points cache.  Instead, they can use a slider to determine the exact blend of points+cash.

Here’s a quick look at the FIX in-app model in motion, as demonstrated by FIX’s founder/CEO, Jerry Deifer.

Just like t-shirts at a show, a critical component is the impulse buy.  Deifer says that becomes even more potent when hard-to-find exclusives are layered in.  “The exclusivity is key,” Deifer told us. “The upsell is when label marketing, show marketing, and agents can market with the FAN in mind. Knowing your audience is the key, and we make it that much easier to understand the fan.”

Of course, FIX isn’t the only company selling merchandise online.  But FIX’s move has the potential to consolidate and grow merchandise sales, an area that has always drawn revenue but remained fragmented and frustrating for artists.  That potential grows with FIX’s user base, which is quickly careening towards one million installs. At present, FIX counts nearly 75,000 databased artists, with broader artist and industry partnerships, including with Digital Music News, helping to multiply those early thresholds.

One problem in the merch business is that fans rarely know where to go to find a specific article, much less a limited-edition print.

The artist website is one option, and in-person purchases at concerts is another.  But in each case, fans are presented with availability issues, varying retail environments and price points, and general friction in the sales process.

“Merch is not a small business,” Deifer assured us.  “Innovation in the space will drive meaningful growth with stronger communication between the artist and fan.”

One major advantage that didn’t exist before is that artists can manufacture on-demand, instead of tossing unsold inventory.  “Now it’s all on-demand, you don’t print 25,000 t-shirts and hope they sell,” Deifer noted.

Still, there’s immense pain amongst the artists trying to sell their merch.  Beyond the fragmentation, another big problem is the cut that merch middlemen take.  “Merch helps, but the merch companies make the lion’s share,” Slipknot’s Corey Taylor recently relayed.

Those pain points could be opportunities for FIX’s rewards-focused model.  In the in-app purchase environment, FIX is constantly offering merch to troves of dedicated fans, while incentivizing them with a points+cash model.  In an on-demand manufacturing environment, the result could be a richer selection and far greater product testing.

It’s part of a broader, data-focused proposition that FIX is hoping to realize.  In the merch setting, data feedback allows for rapid feedback on designs and more informed decisions on specific items and sizes (for example, large hoodies vs. medium t-shirts, or both).

Stepping back, that’s also a data loop that few artists can currently access.  “The data is there, although most companies provide very limited and less useful feedback to the artist to compete in the various industry sectors,” Deifer said.  “Now, you can collect 12-15 data points on any fan, and use that to increase and create unique experiences.”

That’s data that goes far beyond t-shirt designs, with Deifer neatly summing up his vision as “direct-to-fan on steroids”.