U.S. Government Demands Information from the RIAA Over Radio Payola 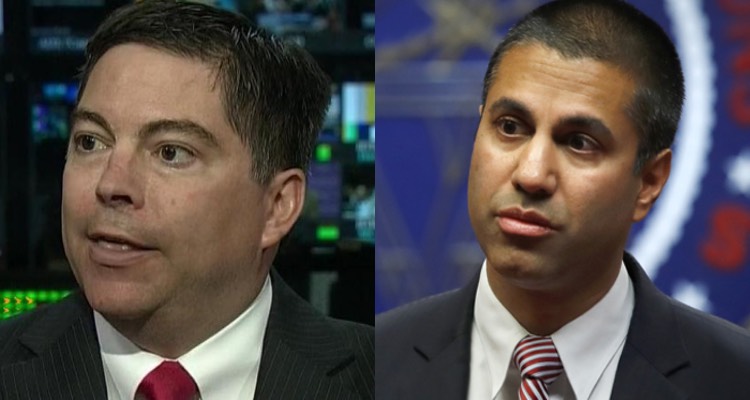 The U.S. Federal Communications Commission (FCC) has formally demanded that the RIAA investigate payola in the music industry.

Mike O’Rielly, who is the commissioner of the FCC, has officially requested the Recording Industry Association of America (RIAA) to open an investigation as to whether allegations of payola in the music industry are true.

In the official letter O’Rielly sent to the RIAA, he further requested the organization’s help in preventing the practice of payola from continuing — if it is in fact occurring.  The letter was shared with Digital Music News earlier this week, and subsequently made public this morning.

“Recent reports from the radio industry’ press raise concerns regarding possible violations of federal laws and regulations that expressly prohibit payola,” the letter starts.  “To the extent that payola is currently occurring within the industry, I am writing to ask for your help in ensuring that the practice be discontinued. While some have asserted that current payola restrictions violate the First Amendment to the U.S. Constitution, the Commission is obligated to comply with the governing statute until instructed otherwise by the courts or by Congress.”

“Payola,” as traditionally defined, refers to paying radio station employees, either money or goods, in exchange for playing certain records.

Back in 1960, the practice was so widespread that it warranted a congressional investigation.  This investigation eventually brought down famed disc jockey Alan Freed, who is considered by many the “father of rock ‘n’ roll,” and it led to laws requiring that any form of payola be disclosed.

However, the practice of paying for plays never fully went away.  In 2004, Eliot Spitzer — prior to his own downfall in a seperate scandal — investigated the practice when he was attorney general of New York State. A number of major record companies and radio stations eventually settled the case, which resulted in millions of dollars in fines.

In spite of this, and in spite of a recent exposé of the practice in Rolling Stone magazine, O’Rielly insists that the music industry “has made great strides” in preventing the practice of payola in the decades following the original scandal. He further hopes that the allegations in the exposé were either false or overblown.

So far, the RIAA has declined to issue a comment in regards to the commissioner’s letter.

The Rolling Stone exposé found that payola was alive and well in the music industry and that it was exploiting various loopholes in the law, such as having record promoters make the actual payments to the radio station employees.

But dirty pay-for-play is likely happening beyond traditional radio stations as well.  In 2015, Billboard claimed that payola was prevalent among music streaming platforms, particularly around playlist inclusion.  But FCC regulations do not cover streaming services — just federally-regulated radio transmissions.

The complete demand letter from the FCC can be found here.