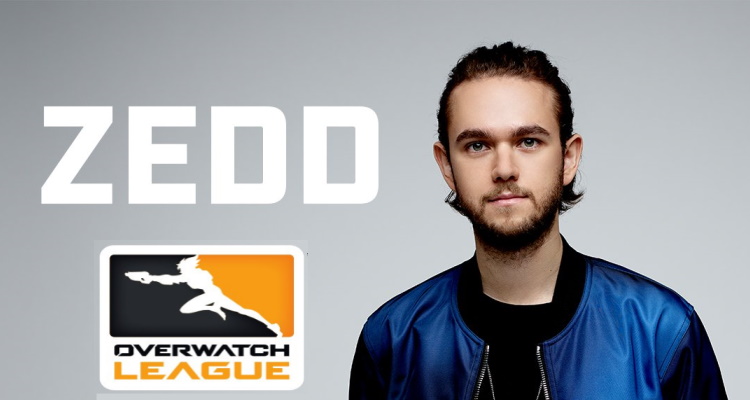 Zedd will headline this year’s Overwatch League Grand Finals in a sold-out show.

The Grammy-winning DJ and producer will headline the event at Wells Fargo Center in Philadelphia on September 29th. Zedd is also one of the top-ranked players in the Overwatch League, so he was a natural fit.  He’s a Grandmaster in Overwatch, meaning he plays with the top 1% of players.

Even though the show is sold out, Blizzard Entertainment will offer a pre-show performance on Twitch. Fans can tune in to the pre-show and live-stream to enjoy the performance.

Not because DJ Khaled totally bombed last year, right? More on that later.

“The 2019 Overwatch League Grand Finals is the pinnacle moment in eSports, the culmination of 85 match days, 302 matches, and 560 hours of hard-fought competitive play. The environment has to match the intensity and excitement of the event itself, and when it comes to creating the soundtrack for the world’s best Overwatch League eSports players, I couldn’t pick a better artist and bigger fan than Zedd.”

Ahead of the big announcement, several players and announcers tweeted cryptic hints. These hints contained lyrics from some of Zedd’s biggest hits, which led fans to guess he would perform. Hits like “Clarity” and “The Middle” have landed him collabs with multiple award-winning artists.  Zedd joked that he might be performing as Widow or Tracer, two characters from the game.

Zedd previously made an appearance at the 2018 Overwatch World Cup, in which he predicted South Korea would win.

Separately, DJ Khaled performed a list of his hits at the 2018 event in a set that was much derided by fans.  Of course, that wasn’t the first time Khaled’s made a complete buffoon out of himself.

You can catch a bit of that disastrous performance below.

Zedd’s pre-show performance will help celebrate the final two teams fighting for the championship. The winning team will take home a final pot of $1.1 million.