After Getting Screwed Out of $70,000 from PledgeMusic, Queensryche Soldiers On With a 26-Date U.S. Tour 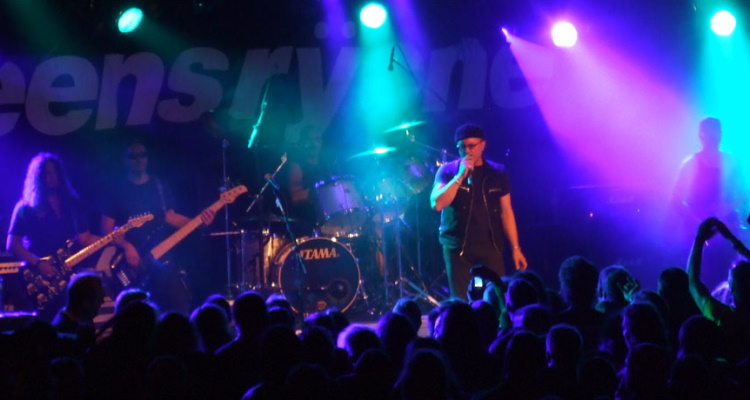 We’ve been chronicling some pretty sordid PledgeMusic disasters.  But a lot of artists are finding ways to bounce back, with supportive fans helping out.

That includes Moksha Sommer of HuDost and singer-songwriter Dayna Manning, both of whom landed on their feet because of super-supportive fans.   “I was completely honest and people felt for me,” Manning told DMN.  “I have really dedicated fans, I’m really, really lucky.”

Now, there’s another happy recovery.  It turns out that Queensryche is soldiering on with a 26-stop U.S. tour after losing $70,000 in the PledgeMusic collapse.

The metal group used PledgeMusic as a pre-release crowdfunding platform for their album, The Verdict. The 10-song album was released earlier this year. The band asked die-hard fans who supported them on PledgeMusic to dispute the charges. PledgeMusic failed to pay out more than $70,000 the band raised.

That’s a lot of cash, but it looks like it’s upward and onward — and plenty of fans are eager to help out.  Accordingly, the band’s North American tour dates start in 2020 in Florida and run through February.  States included in the winter tour include Texas, Arizona, Oregon, California, Washington, Colorado, Missouri, Pennsylvania, Maryland, Georgia, and others. Check below for a full list of stops.

The band has actively been touring across the globe since the release of The Verdict album. It’s the band’s 15th studio album, reaching the #14 spot on the Billboard Top Current Albums.

Tickets for the tour are available for purchase, including VIP packages. You can see the full announcement from the band on their Facebook page.