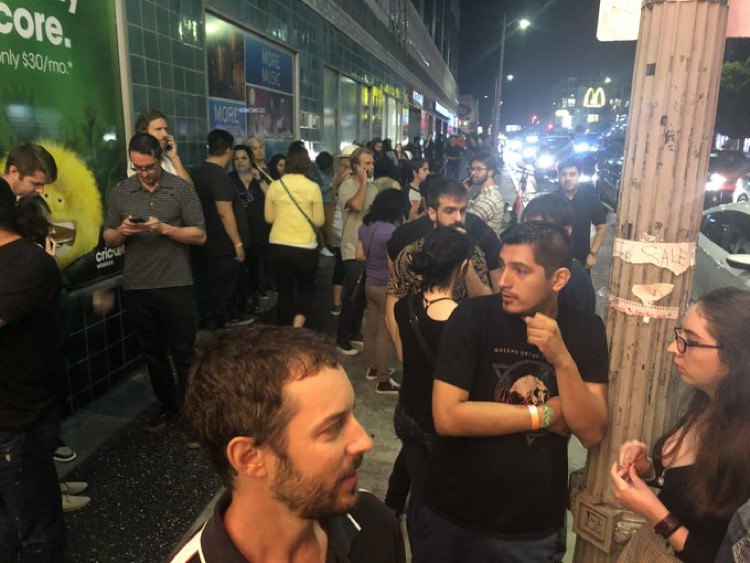 The Black Keys have been coming under fire for refusing entry to hundreds of fans who purchased aftermarket tickets for last Thursday’s show at The Wiltern.  In a statement to fans, the band refused to apologize, and insisted that only $25 tickets purchased through its fan club were being honored, with tickets from secondary sites like StubHub, VividSeats, and SeatGeek disallowed.

But the band was also selling extremely high-priced premium tickets with prices exceeding $500, according to information now confirmed by Digital Music News.  Those tickets were sold alongside the $25 primary tickets, with Live Nation-owned Ticketmaster handling transactions for both.  Even worse, fans who were unable to obtain the $25 seats were quickly offered the high-priced premium seats.

Of course, the buyers of Ticketmaster’s high-priced pre-sale tickets had no problem getting into the show, while buyers of tickets from secondary platforms like StubHub were denied entry.  As a result, hundreds of Black Keys fans were left standing outside the Wiltern Theatre, despite paying — in some cases — hundreds of dollars for entry.  Most seemed completely confused by the situation.

It’s unclear how many tickets were set aside for the band’s high-priced ‘premium’ pre-sale.

But according to multiple sources, the seats were specifically for the ‘Loge’ section of the Wiltern Theatre, a premium balcony area that offers perfect views of the stage.

Vince Duque, who initially logged onto the Black Keys fan site for a chance at the $25 ticket tranche, says Ticketmaster quickly offered him the high-priced alternative instead. Duque told DMN that the premium pre-sale tickets were ‘in the $400 or $500 range,’ which corresponds to a report from another Black Keys fan. Duque was trying repeatedly to score the $25 tickets, and even participated in two Instagram ‘scavenger hunts’ to get the tickets, without success.

According to another fan, limited-access seats were being sold by Ticketmaster at price points of $375, $475, and $575.  The highest-priced tickets appeared to be for the ‘Loge AA’ section at the Wiltern, which is a first-row balcony area.

Some of the high-priced pre-sale tickets may have also been reserved for Citi credit card holders.  At this stage, however, we’re unclear what Citi’s pre-sale ticket prices were, and how they were bundled into Citi’s broader marketing perks. 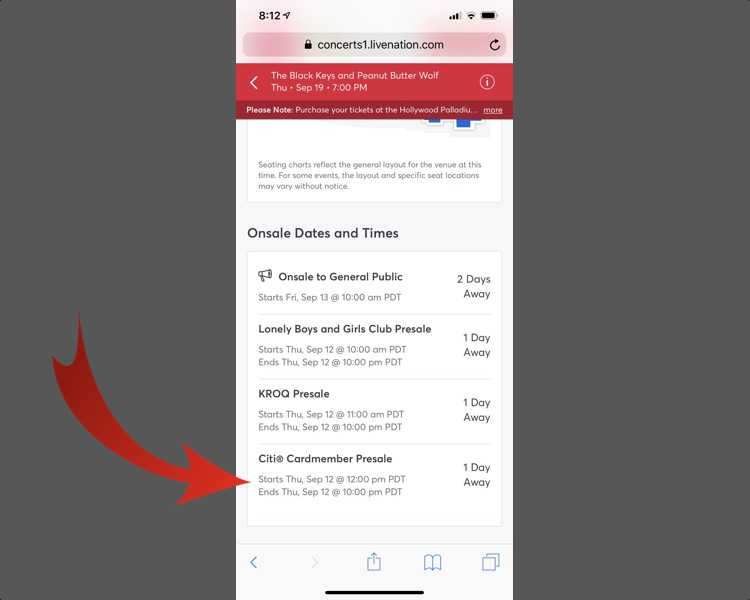 The discovery of an exclusive tranche of high-priced pre-sale tickets sharply contradicts an earlier statement by the band.

The statement was issued in response to a tirade of complaints from Black Keys fans.

“[Thursday night’s] concert tickets were $25 and geared toward the fan club,” the band stated. “This was our first show in over four years and the kickoff of the Let’s Rock Tour. Because we were playing a venue far smaller than the rest of the venues on the tour as a warmup show, we turned off ticket transferability to ensure that our fans got in the door at the low ticket prices we set for them.  Unfortunately, scalpers took this opportunity to defraud our fans and steal their money by selling tickets that were ineligible for transfer on scalper sites.”

But which ‘scalpers’ were authorized to sell to high-paying buyers?

In this case, the Black Keys were undoubtedly aware of the Ticketmaster premium pre-sale, given that the sales were happening directly from the band’s site.  Ticketmaster accused secondary sites of “defrauding and stealing” fans, while nothing was mentioned about the pre-sale exclusive ticketing offer.

The discovery is generating more outrage among fans who were turned away.  “So Citi can sell Premium Seating to this show for $575 each but 50% of all fans were denied entry because of non transferable tickets?” one fan tweeted.  “Not one place on Ticketmaster, Live Nation or any Black Keys emails did it state this fact.”

“Dick move by the band,” another stated.

As for Duque, he eventually paid $130 on SeatGeek after failing to get tickets at the venue.  He didn’t get into the show.  Ultimately, however, SeatGeek offered a full refund plus 20%.

Live Nation declined to comment on the pre-sale ticket sales.