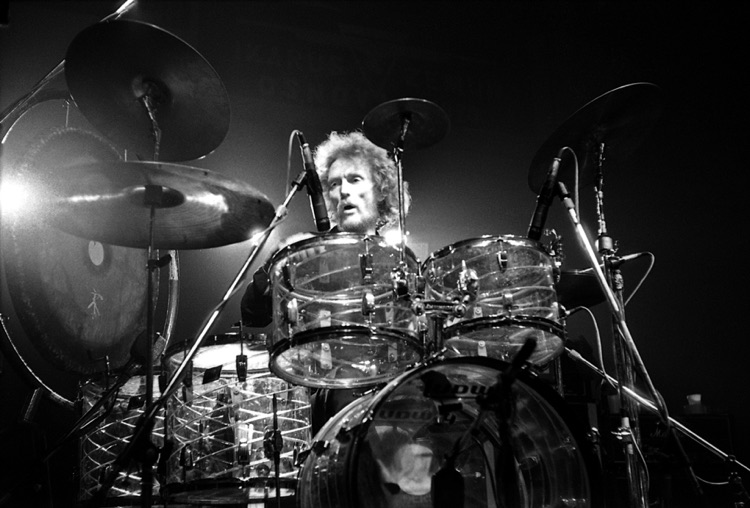 Over the past 24 hours, the family of Ginger Baker issued a brief statement on Twitter, in which they said that the former drummer and founder of Cream was “critically ill.”

They further asked fans to “keep him in your prayers tonight.”

Last month, Baker celebrated his 80th birthday. But he has experienced a number of significant health problems in the past few years. Due to his heavy smoking, Baker suffers from chronic obstructive pulmonary disease, and he also suffers from degenerative osteoarthritis, which has caused him chronic back pain.

In 2016, he further had open-heart surgery, and while recovering from this, he injured himself in a fall.

Ginger Baker got his start in late 1950s in the burgeoning London jazz scene. But he shot to stardom in the mid-1960s as part of legendary trio Cream, along with guitarist Eric Clapton and bassist Jack Bruce. While the band only existed for 3 years, they have sold more than 15 million records across the world. In 1993, they were inducted in the Rock and Roll Hall of fame.

Baker was known for his distinctive driving drumming style that utilized a pair of bass drums instead of one. He was named No. 3 on Rolling Stone magazine’s 100 Greatest Drummers of All Time.

After Cream broke up, Baker continued to collaborate with Clapton in yet another legendary supergroup: Blind Faith, which also included Steve Winwood and Ric Grech. But this group was even more short-lived than Cream. He later started a a jazz-rock fusion band called Ginger Banker’s Air Force and released a number of solo albums.

His last album, which was called Why?, came out in 2014. In 2012, Baker was also the subject of a documentary film called Beware of Mr. Baker.

For a brief time in 2005, Cream reunited with all its original members. They performed a series of shows in both London and New York.