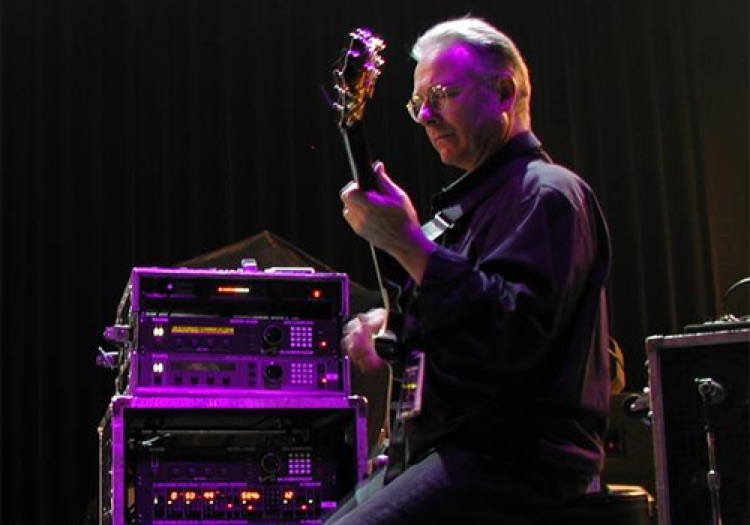 The dispute concerns the unwillingness of Bowie’s estate to acknowledge Robert Fripp as a Featured Player on Bowie’s 1977 album Heroes and his 14th and final studio album on RCA, Scary Monsters (and Super Creeps), which was released in 1980.

An extensive explanation of the matter was posted to Robert Fripp’s Facebook page. The explanation alleges that all manner of artist, including Brian Eno, Tony Visconti, and “David Bowie himself,” have offered support for Fripp’s recognition as a Featured Player. However, the credit did not exist when Heroes and Scary Monsters were recorded.

Fripp would have earned substantially more in royalties during the last 40 years had he been classified as a Featured Player instead of as a Contributor. Once again, the Featured Player recognition did not exist when Heroes and Scary Monsters were recorded.

Judging by the tone of the Facebook post, it seems that Fripp anticipates a long and potentially costly legal battle.

Fripp is often regarded as one of the greatest guitar players of all time. The 73-year-old Dorset native has recorded countless bestselling albums with King Crimson, contributed several music industry innovations (including soundscapes and new standard tuning), and collaborated with not a few world-class musicians.

David Bowie passed away in January of 2016, having been diagnosed with liver cancer about 18 months beforehand. Control of his extensive body of works promptly transferred to his estate, and as most music fans are undoubtedly aware, this shift in control often produces both internal and external legal disputes.