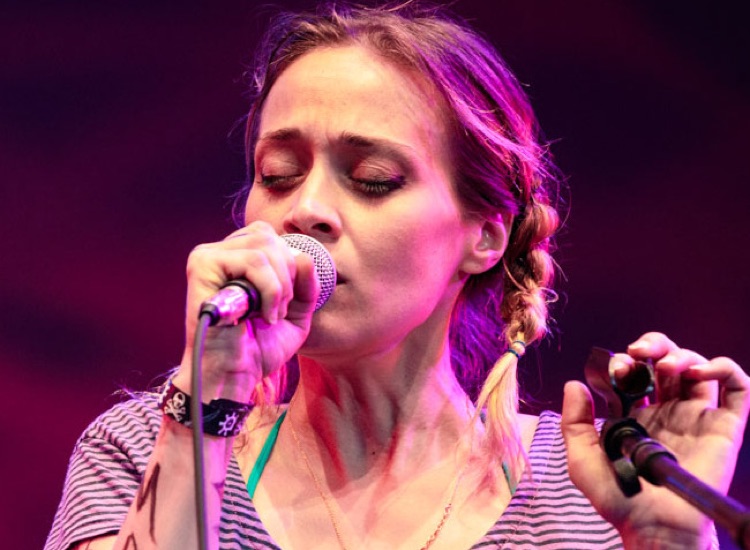 Late last week, she blasted that rapper Lil Nas X sampled her 2012 song “Every Single Night” in his “Kim Jong” without her permission, and she “demanded” payment in an Instagram post.

In the post, Apple referenced a recent interview she did with Rachel Handler from New York magazine, where she mentioned that she once turned down Panic! At the Disco’s request to sample “Every Single Night.” While it was clear that she had not heard “Kim Jong” or any Lil Nas X song, she was clearly aware of it when she snarkily said, “And, um, hey, where’s my money, you cute little guy?”

In a second video, Apple insisted that she just being “cute and playful” and did not really expect payment.  In a playful exchange that continued, the pair hinted at collaboration — instead of litigation — ahead.

Lil Nas X put “Kim Jong” on a mixtape called “Nasarati” before his rise to fame with “Old Town Road”.

It’s currently unavailable on any streaming service, much like many of the songs he made prior to Columbia Records signing him.  At the time, it was not uncommon for the rapper to sample other people’s works, and he insists that he would often do this without consciously thinking he was copying someone else.

That technically constitutes infringement, though Lil Nas X had little expectation of reaching superstardom — much less setting all-time charting records and singlehandedly overturning a genre.  It would otherwise be buried in the mass of internet content getting scant attention.

That practice seemed to become habit.  While the rapper would later admit that he used Nirvana’s “In Bloom” in the making of “Panini,” he says that beforehand he’d never listened to the Nirvana album from which “In Bloom” came.  It was all just a collage of musical elements.

The rapper, though, did admit to sampling Nine Inch Nails’ “34 Ghosts IV” in “Old Town Road” without initially getting permission from the band. In this particular case, he says that he did so because he did not think “Old Town Road” would succeed. Once it became apparent that it would, he says, “It was like a race against time” to get proper clearance of the song.