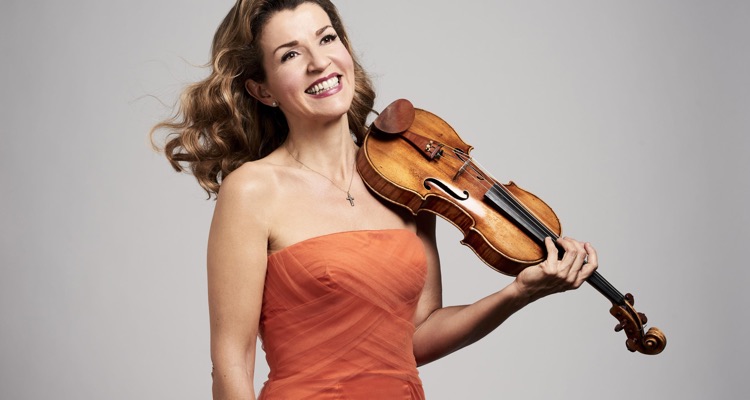 A classical music concert this week in Cincinnati featuring world-renowned violinist Anne-Sophie Mutter came to a sudden stop for a most unusual reason: a woman sitting in the front row was recording her with her phone and refused to stop.

Reportedly, the audience member was only a few steps from Mutter as she performed the Beethoven Violin Concerto and was literally in her face.  This caused Mutter to stop playing — along with the entire Cincinnati Symphony Orchestra — at which time she asked the woman to stop recording her.

Instead of complying, the audience member stood up and tried to start a conversation with Mutter. Though apparently, Mutter was in no mood to chat. She told the woman, in no uncertain terms, that if she did put away her phone, Mutter would end the performance and leave the stage.

Fortunately for the rest of the audience, who were watching all this in shock, Jonathan Martin, who is the president of the Cincinnati Symphony Orchestra, was only a couple rows behind the woman with the phone.  He at once stood up and rushed up to her, and he quickly escorted her out of the hall.

“Everyone expected her to put her phone back in her purse, but instead she stood up and started talking to the soloist,” Martin told the Cincinnati Enquirer. “I was forced to go and defuse the situation or lose the performance and soloist — and perhaps the whole weekend.”

Martin insists that his orchestra company makes it clear that audience members are not allowed to record performances there.

He says that it clearly states this — not only on their website but also on various signs posted throughout the building. He adds that such restrictions are further included in the performers’ contracts.

According to Martin, the audience member could not coherently explain her actions, though she did have kind words to say of Mutter, and she deleted the recording of Mutter in Martin’s presence. Martin says that he still does not quite understand why the woman did what she did.

As to the performance, as soon as the audience member left the hall, Mutter began playing once more, from the beginning of the concerto.