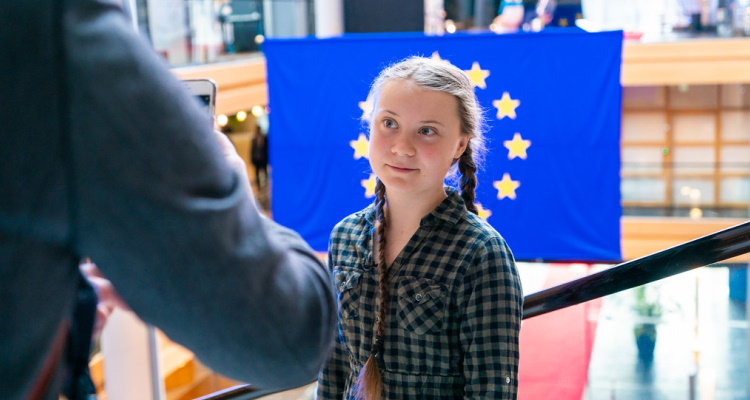 Greta Thunberg tearfully addressed the UN in an important moment in human history. The death metal remix of her speech is even better.

The 16-year-old Swedish activist kicked off the UN Climate Action Summit with an emotional speech. “I shouldn’t be standing here. You have stolen my dreams and my childhood with your empty words.”

Thrash-metal drummer John Meredith said those words resonated with him. He says he was impressed by her passion and outrage. He said her words evoked the darkness of the metal music he loves, so he set about remixing it.

Meredith created some death-metal instrumentals and sang alongside Greta Thunberg in his own growl. You can listen to his creation below.

The video has gone viral since it was uploaded to YouTube. It has been viewed over 4.1 million times in the last week. When asked about the humorous take on her speech covering a serious topic, Thunberg seemed amused. In a Twitter post, the 16-year-old said “I have moved on from this climate thing. From now on I will be doing death metal only.”

Of course Thunberg is joking, but we may see more famous death metal remixes in the future. Meredith says the increased attention from the video has inspired him.

“Even before the video went viral, my friends were suggesting other speeches to do. I had so much fun doing this one, I will probably do more.”

Sweden’s Despotz Records signed and released the death metal version of the song. The label retitled the song “How Dare You” and will donate all of its profits to Greenpeace. The label says they stand united with Greta and her message that climate change must be the focus.

Despotz Records uploaded the track to Bandcamp to make it easy to download for those who enjoy the remixed version.