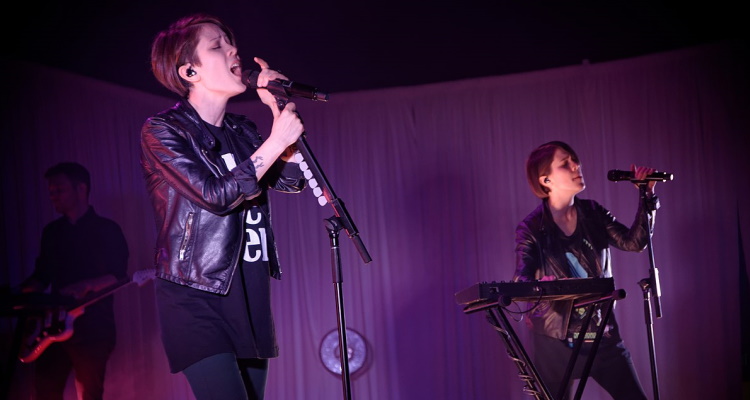 Tegan & Sara experimented with selling empty seats at a ‘sold out’ event on a pay-what-you-want basis.

“While the show tonight is technically sold out, many of these tickets are now being flooded back into the market for resale. Because there is little time to sell and we never ask our fans to go to secondary sites, this will likely result in empty seats tonight in the Sydney Goldstein Theater.

“Our goal is to ensure that our real fans are in each and every seat and to prevent secondary platforms from hurting our show. As an experiment, tonight in San Francisco we will be offering rush seating for all open seats, at approximately 8.15pm. This means that we will allow any empty seats to be available on a ‘first come, first serve[d]’ basis in return for a ‘pay what you can’ cash donation at the door to The Tegan & Sara Foundation, which works to support LGBTQ+ girls and women.”

Tegan & Sara estimate that there were as many as 200 last-minute seats left to fill at the event.

Many fans welcomed the move, including those who wanted to take up the offer.  But the plan quickly created an issue. Some fans were pissed the deal was offered last-minute when they paid full price for their seats.

That complaint is why Ed Sheeran’s promoter Killimanjaro said it wouldn’t allow below-face-price ticket sales. No one likes paying more for something that was handed out at a significantly lower cost at the last minute.

And what about fans that purchased a ticket legitimately in the aftermarket and arrived late — only to find someone else in their seats?  Well at least it’s all for a good cause.