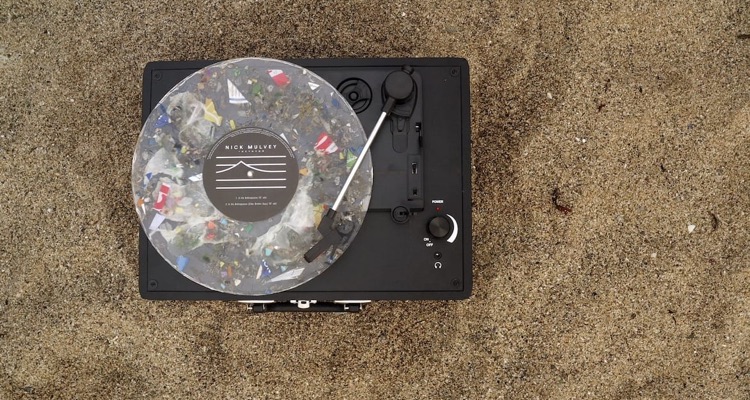 A lot of music artists talk about the environment, but British singer-songwriter Nick Mulvey is actually cleaning it up.

In partnership with a brewer in Cornwall called Sharp’s Brewery, Mulvey used vinyl made from plastic ocean waste to produce his latest single, which is entitled “In the Anthropocene.”

Only 105 copies of the single have been made.  As each was produced from random ocean waste, each is completely unique. The music, too, has an environmental theme, discussing our responsibility for the world we live in.

Mulvey says that the music is about understanding who we are at a most basic level. He adds that we are living in a time of “urgent global crisis” and this is making us re-examine who we are and the world around us.  He further noted that we must “raise ourselves” to the majestic level of the earth.

Also receiving credit for “In the Anthropocene” is a virtual music artist created by Sharp’s in 2018.  The virtual sidekick is called Keynvor, which is the Cornish word for “ocean.” Universal Music has actually signed Keynvor to a music contract, with all its royalties directed toward an ocean conservation charity called Surfers Against Sewage.  Keynvor’s first project was a song titled “Preservation,” produced in collaboration with composer Sebastian Plano.

James Nicholls, who works for Sharp’s, insists that the Atlantic Ocean is the inspiration for everything that their company does.  He says that they created Keynvor as a way of preserving their coast in Cornwall, and that last year Keynvor helped the ocean by entering the music charts.  He further noted that Mulvey is “turning the tables on the music industry” by making a record from ocean-produced vinyl.

You can buy the record online at musicglue.com, as well as at select Drift outlets. Proceeds from the recording will be directed to Surfers Against Sewage.