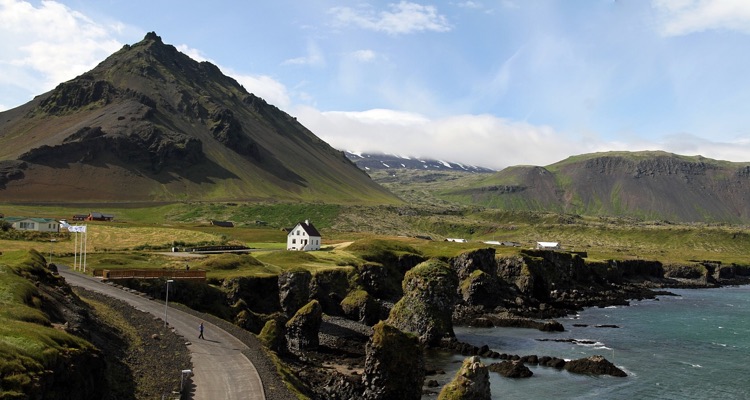 Iceland has unveiled a subsidy program that’s designed to entice foreign-born music professionals to record their work in the country.

Per the program’s official website, “producers can apply for reimbursement from the State Treasury of 25%” of the total sum spent recording in Iceland. The website also claims that applying for the reimbursement is as simple as filling out a form.

Icelandic government officials created a short video that covers the basics of the refund program.

Additionally, the program’s website summarizes some of the other perks of recording in Iceland, including being exposed to beautiful natural landscapes, having access to numerous industry professionals, and the ability to utilize one of the country’s many noteworthy studios.

The plan went into effect at the time of the announcement, and eager musicians can arrange to record their work in Iceland (and receive the 25 percent discount) immediately.

One would have a hard time denying the appeal and beauty of Iceland’s natural landscapes, and the nation of about 350,000 citizens has produced one of the most successful artists of the twentieth century, Bjork.

Bjork has sold well over 20 million records and has been nominated for 15 Grammy Awards. Considering that Iceland accounts for a minute portion of the global population, Bjork’s accomplishments are that much more impressive. Perhaps there is something to the idea that Icelandic nature aids the creative process.

Iceland’s capital city, Reykjavik, is also considered to be its cultural, social, and financial hub. Over one-third of the country’s total citizens live in Reykjavik, and the vast majority of Iceland’s top recording studios have been set up in the downtown area.

It’ll be interesting to see just how effective the program is at attracting musicians. Though it’s admittedly rare to hear of artists recording in Iceland, those who’ve done so—like folk musician Joan Shelley, for instance—have spoken positively of their experiences.