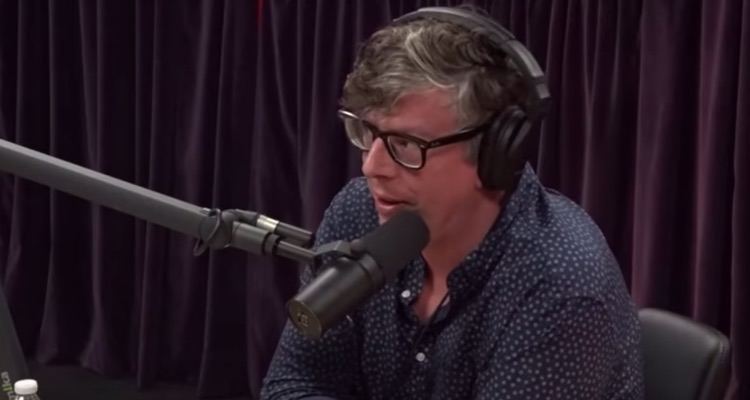 Once upon a time, the band that sold the most albums topped the Billboard charts. Now, it’s a totally different game. Here’s a deal that the Black Keys decided to turn down.

Appearing recently on The Joe Rogan Experience podcast, Black Keys drummer Patrick Carney broke it down like this.

Dan Auerbach: That’s why we didn’t…

Patrick Carney: That was the whole motivation behind this record, it was to not partake in the current bullshit in the music industry, which is…

So check this out. Do you mind if I explain it?

You know, so it came down to the promotion and stuff.

It was basically that we want to get in front of people and play our songs and have fun, you know.  And when the conversation came to the actual album, it was like, Warner Brothers was interested if we wanted to bundle it, which is when you include your record with a ticket. And a lot of people have been doing it, whether you buy a t-shirt and you get a record.  And it’s a digital download link.

And I was like, ‘how does that work?’ And they’re like, “Well, you would give five dollars from each ticket back to Warner Brothers and then you would get a record sale.”

I was like, “That doesn’t make any sense to me and Dan.”

I was like, “Well… so it’s one-to-one, like we get five bucks back and then we get a royalty and we get a ticket sale?”

They’re like, “No, you don’t get a royalty and you only get an album sale to count if they click the link. And we have a 50% click-through.”

So, in other words, we would pay $10 per sale on Nielsen Soundscan by giving the money back that we’ve sold on tickets to Warner Brothers, to our record label. I was like, “Fuck that! Fuck that shit!’

Joe Rogan: That is a crazy deal.

It’s all based on fear, like all of this shit. Do you want to be relevant?

Patrick Carney: Check it out. We’ve sold 250,000 tickets on this tour. So we would give back $1.25 million. Our record advance for this record was less than that.  So, I was like, if Dan and I were just on our own record label, we could give ourselves five dollars per ticket and we just take the money from the right hand and give it to the left hand.  Give you a link.  If you counted it, we get the sale. We keep the money. That’s basically what the fuck was going on, you know what I mean.

It’s all based on fear, like all of this shit. Do you want to be relevant? You know, that’s basically the conversation that is basically being had.  Not that direct but it’s like as an artist, you better try to get the good numbers.  Get that first week up there.  Dan and I are basically like, “Fuck that. Fuck it. It doesn’t even fucking matter.” People are going to come to the shows or they’re not going to come to the shows. We’re going to make records. People are going to buy them and they’re not going to buy them.

There’s the music industry itself, which is certain people who work in this industry, high-ups are like, ‘We need to sell records. We need this pop producer to work with this writer and this artist. We need streaming numbers.’

And I think that it’s detrimental to the music industry, like to pay too close attention to certain metrics, bands. Like the whole system right now with these majors is like signing shit that has the most social media interaction, the most streaming and I was like you know what? When I was nine-years old, I bought Vanilla Ice’s “Ice, Ice Baby” and I listened to that shit like… I’m not joking, like 250 times in a week, like a fucking idiot! I think that’s who’s listening to this shit!

It’s getting a billion streams in a month! It’s like fucking nine-year old morons!

I like to think that our fans have like, you know, they’ve got like 150 albums that they listen to on a sort of rotation at least, and ours may be one of them a month.  You know what I mean?  So it’s a different fucking audience, you know what I mean? You look at Instagram and you see these certain people. I’ve never even heard their music and they have like 10 million followers.

Joe Rogan: Yeah. The weird thing is that there’d be any comparison at all, like why bother comparing?

Patrick Carney: Well, that’s exactly right. That’s exactly right, but that’s the problem is that there are two different things at play here. There’s the music industry itself, which is certain people who work in this industry, high-ups are like, “We need to sell records. We need this pop producer to work with this writer and this artist. We need streaming numbers.” And then, there’s certain people like the old guard, like Lenny Waronker or Seymour Stein or even you’ve got lots of younger guys, too.

But they’re like, “Actually, what we’re doing is curating art that we really like.” It’s either going to sell or it’s not going to sell. A lot of the records that we grew up listening to, most of them, were records made by these kind of insanely eccentric, weirdo people.

Patrick Carney: That never sold records but literally changed our lives and like Captain Beefheart being one of them.  Tom Waits has sold some records but still like it’s a much different type of commercial viable thing, but these artists are why we make music.  You know, it has nothing to do with this shit.  It’s like the difference between the Vogues, you know what I mean, and like the Fugs.  It’s like there’s a lot of these comparisons that you can make about what we do in our place in the music industry is to do what we do.

For a while, we were taking part in like the mainstream aspects of music. You know, we were playing the MTV Movie Awards and having these insane weird experiences. Only because we hadn’t done it before and we felt like we had to do it. I wouldn’t change anything but at this point, I think steering as far away from all that shit is what we want to do right now.