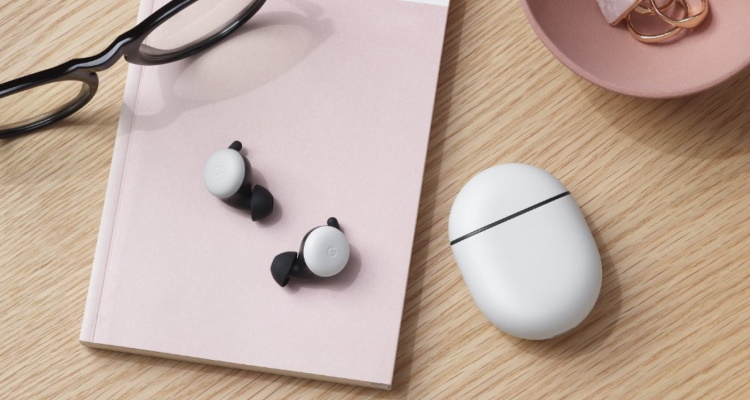 Today Google revealed its second-generation Pixel Buds alongside other hardware. The new earbuds have been re-engineered from the ground up and are truly wireless.

The round, egg-shaped case was redesigned to address a number of issues. Namely, there was no way to turn the earbuds off outside of putting them in the case. Google says the redesigned experience addresses many original complaints.

The new Pixel Buds provide hands-free access to Google Assistant. Users can ask the always-listening buds for a query and then resume their activities. The feature rivals hands-free access to Siri, which Apple added to its newest generation of AirPods earlier this year.

Google says the Pixel Buds feature a long-range Bluetooth connection. They’re supposed to stay connected to your phone up to three rooms away. Google says that range extends up to a football field away when outside.

When redesigning the Pixel buds, Google says they took an “intricate origami” approach. The new buds sit flush with your ear and can automatically detect when they are in. The buds also include touch controls for play, pause, and adjusting the volume. The advertised battery life is five hours of continuous use or 24 hours in the charging case.

Google says they scanned thousands of ears to create a design that’s comfortable for most people. For one, the ear tips seal inside the ear to emphasize audio. But a vent on the bottom lets in environmental sound for safe listening. The buds also feature adaptive sound adjustment that can raise and lower the volume.

Two microphones positioned in each Pixel Buds transmit your voice when making voice calls. The buds also feature a built-in accelerometer that can detect speech through jaw vibration. They’re sweat and water-resistant and clock in at around $179. They’ll be available in four colors at launch ⁠— including Clearly White, Oh So Orange, Quite Mint, and Almost Black.