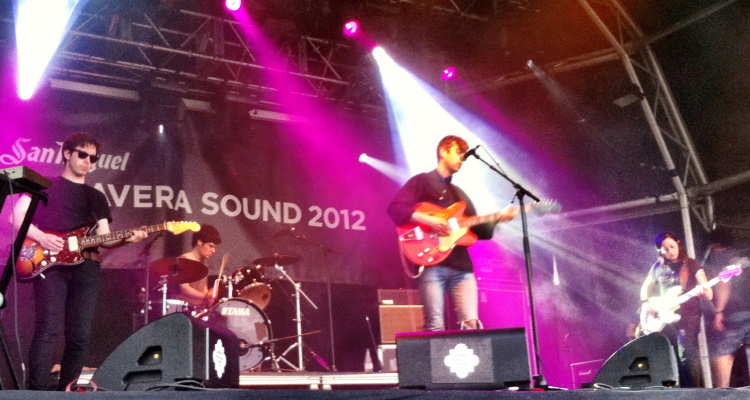 The BBC reports that Primavera Sound is the first major music festival to move to mobile-only ticketing. The festival has partnered with the digital ticketing platform Dice to handle future Primavera events. Dice will also handle Primavera tours and the club night Nitsa at Sala Apolo in Barcelona.

Dice hopes to be able to stop ticket scalping by locking a ticket purchase directly to your phone. Those tickets cannot be resold on other sites, but they can be transferred between devices. That means users can still buy tickets to gift to a friend as long as the friend signs up for a Dice account. Dice also allows for ticket refunds, with returned tickets going to users who signed up for the waiting list.

Mobile tickets on Dice have their QR code hidden until two hours before the event. Even losing your device won’t keep you out of the concert. Showing an official ID at the venue can match you against a door list.

Dice previously served two Adele concerts and the Apple Music Festival in 2016. But the platform faced criticism last year when it admitted to hiding booking fees in ticket prices.

Dice still sells tickets that bundle fees without making it apparent to buyers. That makes the tickets seem more expensive at face value before other checkout fees from other vendors are factored in.

Other options aren’t much better.  Ticketmaster’s Verified Fan program, for example, was supposed to help combat ticket scalping. But after the recent reselling fiasco, many people don’t trust Ticketmaster to regulate itself or the second-hand ticket market.

Primavera Sound 2020 will be held in Barcelona between June 4-6. The lineup for the show has not been announced yet, but the festival attracted 220,000 people last year.