The Vinyl Industry Has a Trade Group — Introducing the ‘Vinyl Alliance’ 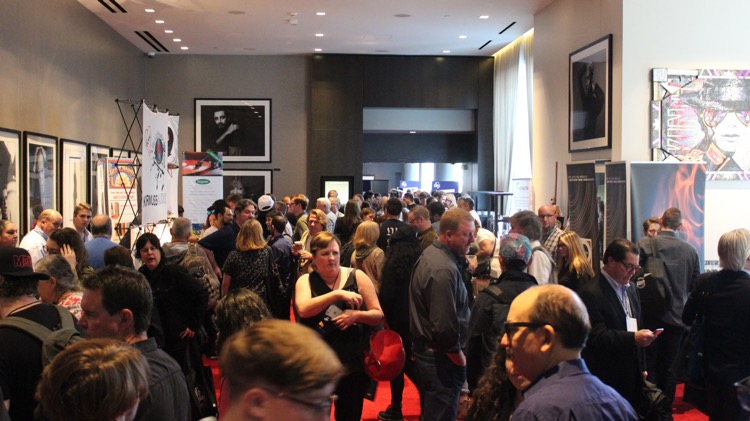 After nearly 15 years of consecutive recovery, vinyl is becoming a bonafide industry again.

The freshly-unwrapped trade group, which aims to cover all aspects of vinyl record mastering, manufacturing, hardware, software, distribution, and retail, was announced to Digital Music News this morning. The group, dubbed the ‘Vinyl Alliance,’ had their inaugural meeting at the Making Vinyl conference at the W Hotel in Hollywood, a crowded pow-wow that attracted major and indie labels, worldwide manufacturers, mastering engineers, and a variety of technology players.

The Vinyl Alliance is being started with 11 founding companies:

Those are some pretty heavy-hitters, with GZ Media and MPO representing two of the largest pressing plants in Europe (if not the world). Ortofon and Pro-Ject are also well-established names on the hardware side, and Rebeat Innovation is the company behind the next-generation ‘HD Vinyl’ concept.

The eleven founding members will pool their resources to collaborate in such activities as research, quality assurance, and marketing. The Vinyl Alliance expects to announce other members soon, with record companies, manufacturers, dealers and pressing plants all expected to join the ranks.  They are also open to new members.

The founder of the organization is Bryan Ekus, who’s also the coordinating force behind Making Vinyl.

He told DMN that “there’s a need to bring the vinyl record industry together to prevent the devaluations of the format by formulating a strategic approach to promote vinyl records as a premium consumer experience in an era of streaming.”

Ekus further says that the alliance is targeting specific groups of people. This includes young people who love music but want to go beyond the quality that is available through streaming. They also want to target high-net-worth individuals and artists of all kinds.

In terms of outreach, the alliance has a few interesting plans. This includes film and TV product placements, using celebrities and social media influencers to act as “vinyl ambassadors” and publishing articles about the industry. (Given that you’re currently reading an article about the vinyl industry, the last goal is already getting satisfied).

At some point around 2007, vinyl started making a comeback, and while vinyl records account for less than 6% of current music sales, its popularity in some regions is approaching that of the late 80s. Just recently, it was projected that vinyl sales will surpass CD sales in the U.S. this year for the first time since 1986.