Apple Could Be Launching ‘AirPods Pro’ Earbuds Before Halloween 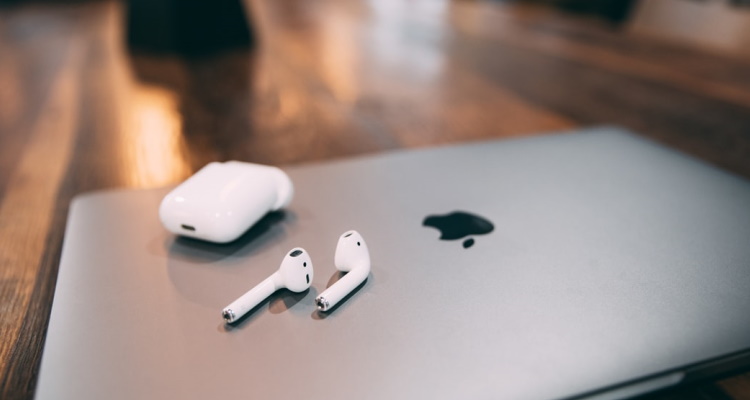 Earlier this year, we covered a report from Bloomberg about the existence of noise-canceling AirPods. Initially, they were slated for launch this year before the report was revised to suggest a 2020 launch. Now, a new report from a Chinese site suggests the ‘Apple AirPods Pro’ might launch later this month.

The rumored AirPods Pro may include a new metal design and may be priced as high as $260.

The new model will feature noise cancelation and water resistance, something current AirPods lack. The rumor is supported by a unique design discovered in the iOS 13.2 beta. The redesigned AirPods appear much closer to Apple’s old earbud design.

A leak appeared on a noted tech leaks site last month that seems to confirm the redesign. You can see the leaked photo of the new design above. Apple’s hardware events usually take place in October, so it is possible we could see something soon.

Remember, Bloomberg’s initial reporting revised this product launch to 2020. Apple is also facing stiffer competition in the wearables market now that Amazon, Microsoft, and Google are in the ring.

Amazon debuted its $129 Echo Buds last month, including Bose noise reduction technology. Microsoft’s $249 Surface Earbuds are launching later this year and include swipe gestures for controlling music. Google’s second-generation Pixel Buds will launch next year at $179, joining the truly wireless smart earbud family. The rumored AirPods Pro Price puts it on the high-end of its competitors.

Apple, Amazon, and Google have a vested interest in selling you listening hardware. They all have streaming music services that compete directly with one another. Microsoft is somewhat agnostic here as their Groove Music platform shutdown in 2017. Most of those users migrated to Spotify after Microsoft offered playlist migration tools.