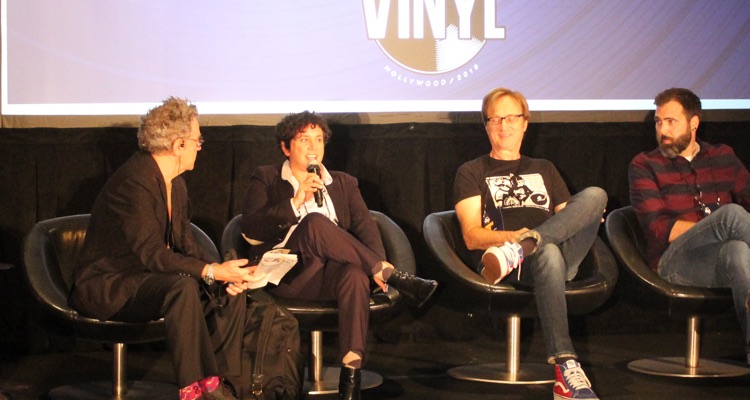 Back in August, we reported on a serious problem involving counterfeit CDs on Amazon.  Now, we’re learning about a physical knock-off issue that’s far more serious than we imagined.

Just how serious is vinyl counterfeiting?  Considering that the fledgling vinyl records industry is having trouble counting legitimate sales, that’s a question that remains extremely difficult to answer.

In mid-August, we got a glimpse into how serious this issue is for vinyl’s physical cousin.  According to details shared by the Recording Industry Association of America (RIAA), roughly 25% of all CDs ‘Fulfilled by Amazon’ are fake.  The group also found serious problems on eBay and Alibaba, with 100 percent of the CD box sets bought by the RIAA — 40 boxsets on eBay, 32 on AliExpress — determined to be counterfeit.

We pressed Amazon for answers on the matter, and got a professional PR brush-off.  But it looks like this is an equally serious problem on the vinyl side.

“Counterfeit is another issue altogether,” Lopez said.  “Somehow records that Tommy Boy hasn’t pressed in — ever — are on sale on Amazon, that’s a little concerning.”

And yes, Lopez clarified that these aren’t old, dusty De La Soul gems from the 80s and 90s. These are brand-new productions that Tommy Boy hasn’t pressed and isn’t pressing — though counterfeiters are clearly seeing a market opportunity that the label can’t capture quickly enough.

So where’s this stuff coming from?  Bruce Ogilvie, chairman of Alliance Entertainment, pointed a very serious threat from China. “I just learned last week, I never knew that they were manufacturing vinyl in China,” Ogilvie said.  “I opened my eyes and said, ‘holy crap’.  That means that all the counterfeiting of CDs and box sets and video — and now vinyl — is coming in the same way into the U.S.”

Unfortunately, Amazon is doing little to step the tide, according to Ogilvie.  The distributor relayed a horror story involving an exclusive physical release that was selling way below expectations, though the counterfeit version on Amazon was quickly moving units. “Amazon doesn’t really care, because they still make their fulfillment fees for its FBA [Fulfillment by Amazon],” Ogilvie said.  “Amazon makes it really easy for that product to come straight into the U.S.”

But, who wants a fake LP? After all, a huge percentage of vinyl buyers want quality. But Ogilvie said it doesn’t matter: “They knock it off in no time, with incredible quality — pressing plants can’t even tell the difference.”

“I’m concerned that the ecosystem is getting polluted with counterfeit product.”

So what’s the solution? “I’m not a legal person, but I thought we had an organization called the RIAA,” said Michael Kurtz, co-founder of Record Store Day. “They don’t seem to help anybody out in my community. Like everything these days, when we go to the people we’ve trusted to do the right thing, they’re just not.”