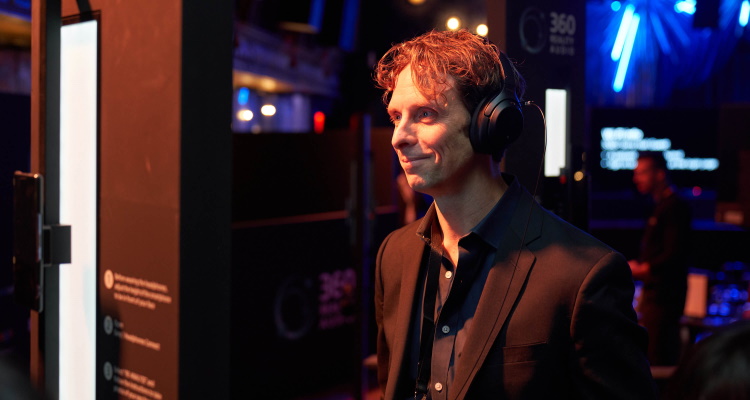 Sony officially launched its 360 Reality Audio format this week with a special event in New York.

360 Reality Audio is supposed to simulate a live musical performance — or something close to it.

Sony first unveiled the concept at CES 2019, but last week we learned more details. Around 1,000 songs will be available in the new audio format this fall via Amazon Music HD, Deezer, Tidal, and nugs.net. At the launch event in New York, Sony used an Xperia 1 smartphone and a set of WH-X1000M3 headphones to showcase the new tech.

Sony can also create a custom immersive musical field that is tailored to each individual listener. The Xperia 1 smartphone takes pictures of the inside of the ear to map it. Then the Sony Headphones Connect app maps the user’s ear dimension and analyzes that using Sony’s unique algorithm.

The analysis is something user will be able to do at home.  Using a pair of Sony headphones, home users can map their ear to create their own music listening algorithm with the Headphones Connect app.  For now, the feature is only available with select headphones.

Sony says more music will arrive as more labels sign on for the new format. Right now, the service will also feature 100 songs recorded at several live events. Songs from Charli XCX and Kodaline will appear through a partnership with select Live Nation clubs and theaters.

Also Read:  If You Think Bluetooth Audio Sucks, There's Something Less Sucky Ahead

While live content will be limited at launch, Sony hopes to partner with many more labels and venues for recording live performances in the new format.