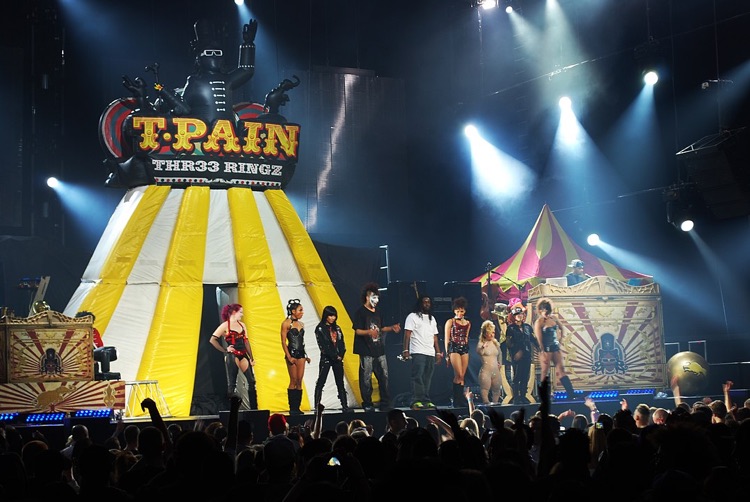 T-Pain is refusing to lie about the reasons behind his recent tour cancellation.

Rapper T-Pain is being more than forthcoming on why he’s canceling next month’s 1UP DLC Tour. The reason for the cancellation, according to T-Pain, is simple: poor ticket sales.

T-Pain, whose real name is Faheem Rasheed Najm and who was the winner of the opening season of “Masked Singer,” insisted in an Instagram post that poor ticket sales are always the reason why artists cancel or postpone a concert tour.  Unlike him, he says that “Most artists lie.”

He went on to say that this is not only wrong but “fucked up.”

He further indicated that some of his people advised him to lie about the reason for his tour’s cancellation. They told him to say that he “needed some time, alone or with his family.”  They told him to tell his fans anything but the truth, which was that they “fucked up.”

But this is exactly what T-Pain did tell his fans: “We fucked up.” He also promised that he is “going to keep it real with y’all.”

Part of the problem with the 1UP DLC Tour, according to T-pain, was that his team did not make tickets for the tour available until September, even though it was to start in November.

He says that “some corners got cut,” and that he was not as “hands-on” as he should have been with the tour because of his busy schedule.  He may have also been a little complacent, too, considering that his previous tour “sold out every city.”

When he finally realized that tickets were not selling, T-Pain decided himself to cancel the tour, because he felt that it would have looked bad if he were performing in near-empty venues. It simply wouldn’t have been entertaining to his fans.