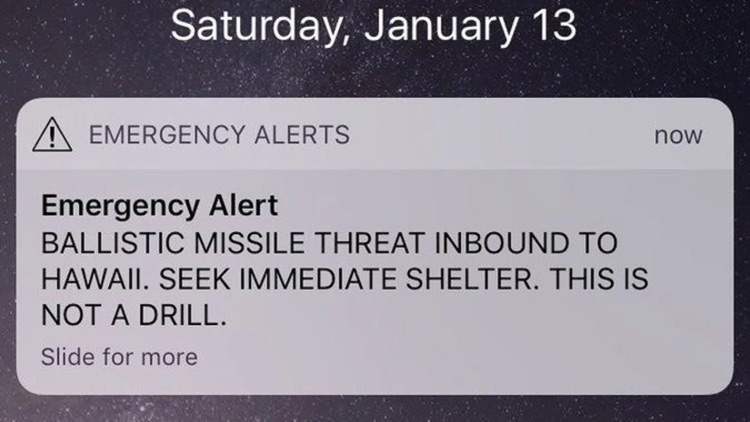 Coming soon to a Spotify app near you.

If you find emergency alerts on your phone annoying, be prepared to be annoyed a lot more.

A new U.S. government bill would require streaming platforms, such as Spotify, Apple Music, and Netflix, to issue emergency alerts. The alerts would be similar to those broadcast on phones and traditional forms of media like radio.

Called the Reliable Emergency Alert Distribution Improvement (READI) Act, the bill currently enjoys bipartisan support in Congress, which means that it will likely pass. It was introduced in the Senate by John Thune (R-SD) and Brian Schatz (D-HI), and a companion bill was introduced in the House as well.

The impetus behind the bill is the fact that more people are spending considerable time listening to and watching streaming services. Legislators believe people need to be informed of emergencies through these heavily-used channels.

That raises the question: what about phones, which roughly 100% of Americans carry at all times?

In at least one respect, emergency alerts appearing in streaming services will be different than their counterparts on phones. While you can sometimes opt out of alerts on your phone, you will not be able to opt out of streaming alerts. What’s more, certain alerts — those issued by either the president or FEMA — must be repeated twice.

So, perhaps Americans need to get the same alert a few different ways. But, what about false alarms, Amber Alerts 300 miles away, and other informationally useless debris?

Oddly, Senator Schatz is defending the bill by insisting that, “when a missile alert went out across Hawaii last year, some people never got the message on their phones.”  What is odd about this defense is that the missile alert was a false alarm, and it could well have caused mass panic if more people had heard it.

As it was, the alert killed at least one man, who suffered a heart attack upon hearing the announcement.

Some people are worried that this new alert system could be abused in the era of Trump, but this is apparently not stopping Democrats from supporting the bill.