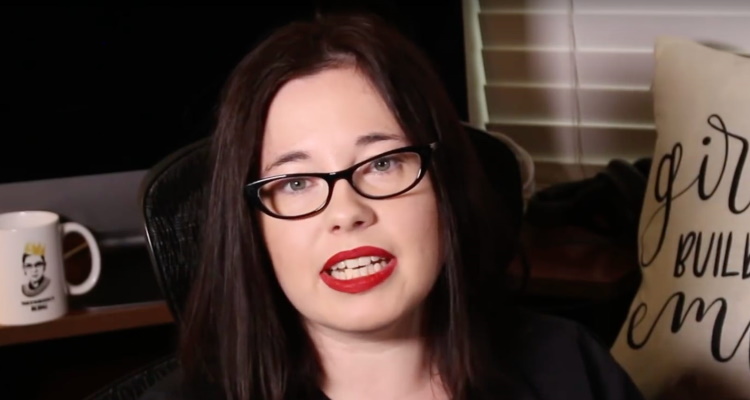 Film critic and YouTuber Lindsay Ellis is fighting against a copyright strike filed by Universal Music Group. She says her use of the song in question falls under ‘fair use’.

Universal Music Group’s copyright claim was filed against Ellis’ video, ‘Woke Disney.’ A clip of the song, “Song of the Roustabouts,” appears in the video.  The claim now directs any advertising revenue to UMG.  That system is supposed to allow creators to leave a video up while revenue goes to the right entity.

The problem, in this case, is that Ellis’ video wasn’t running ads in the first place. The video contains a sponsorship spot with Audible, which requires other advertising to be disabled. When YouTube allowed UMG to put ads on the video, it put Ellis in violation of her contract with Audible. 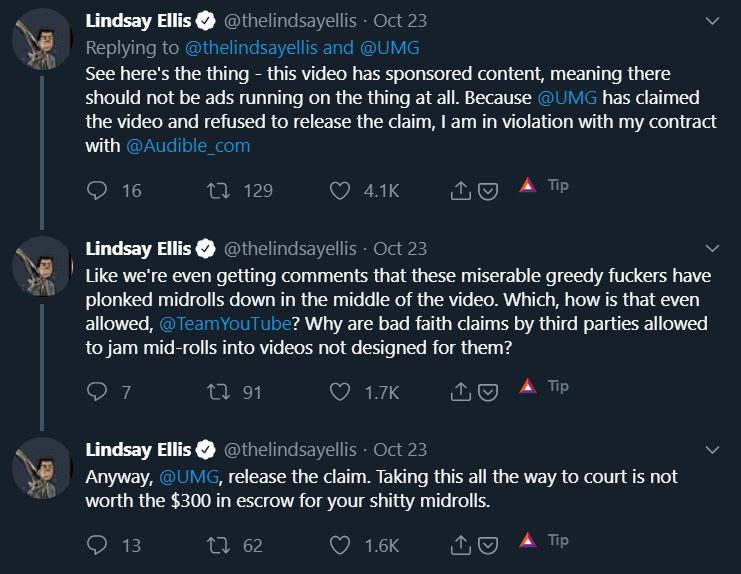 Ellis’ deal with Audible isn’t out of the ordinary. Many sponsorships on YouTube don’t feature advertising other than the sponsor. Audible even reached out to Ellis to ask why her video now had ads on it.

The video in question is critiquing a song from the Disney film ‘Dumbo’ ⁠— breaking down lyrics and historical stereotypes. Ellis argues that the video is protected under “fair use.” Fair use means you don’t need permission from copyright holders for criticisms, instruction or parodies of any work.

“It was such a clear-cut case of fair use, which YouTube claims to care about and to uphold, but functionally they do not.”

That policy favors the copyright holder rather than the content creator. It also puts other contracts in jeopardy for creators when ads can be disabled/enabled at a whim.