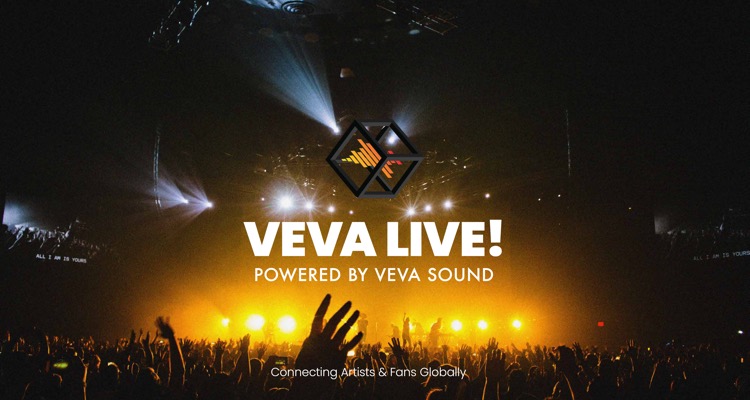 If most shows are recorded these days, where are all these great recordings going? VEVA Sound has recently created an entire business unit, VEVA Live, to address that exact question.

Once upon a time, the challenge was simply recording your show. Now, the challenge is to organize, store, archive and actually utilize the endless high-quality recordings that you’ve amassed from dozens of gigs.

In most cases, crappy iPhone videos make it onto Instagram before any higher-quality stuff gets released. That is, if the high-quality stuff ever gets released or utilized in any way. Casey Taylor, VP of VEVA Live, the recently-founded arm of VEVA Sound, shared the story of a band that had ten years’ worth of live recorded content sitting in a disorganized stack file. “There are artists that have relied on front-of-house engineers to maintain an archive for them,” Taylor relayed.

“This content is being created every night — the opportunities for exploitation are endless.”

But these piles of recordings lack the requisite metadata, tagging, credits, or even basic file-level organization to be utilized properly. It’s just a stack of recorded on-stage brilliance that never sees the light of day.

Meanwhile, touring revenues are typically the most important piece of the pie for artists. In some cases, it’s the entire pie when it comes to broader revenues. Which set off a light bulb for Taylor and the team: why not help to expand the revenue that artists can make off of touring? Just recently, the venture joined forces with Digital Music News to broaden awareness of this largely unrecognized revenue stream.

In terms of the rollout, the VEVA game plan was to extend its existing recording verification, archiving, metadata, crediting, and broader quality control and data management know-how from their extensive client base into the live arena. That introduces expanded capabilities like realtime quality control and setlist metadata, all based on VEVA Sounds’ core competencies.

VEVA Live focuses on real-time turnaround. All of the hi-res audio and metadata captured from the night is immediately accessible via VEVA’s platform, Asset Connect. Working directly with the FOH engineer, VEVA is able to connect the entire artist team — ranging from management, their label, marketing, and social media teams — to quickly access the material and decide how to exploit it.

“We take people’s content and make it into something usable and exploitable,” VEVA Sound president Deborah Fairchild told us. “It’s the least expensive way to capture content and then exploit it commercially and non-commercially.”

The applications are fairly broad, and go considerably beyond live double-albums or bonus live tracks (though both are certainly possibilities).

Here’s one asset you probably didn’t consider: between-song banter by the witty frontman. Depending on the act, show recordings may contain lots of stories, interactions with the audience, and even special guests. VEVA says they can catalog all of that stuff, and make it indexable, searchable, and otherwise accessible for whatever applications are conjured up. Other details like the venue, festival (if applicable), soundman, and writers are quickly layered in.

One early taker is Jason Isbell, lauded as this generation’s incarnation of Bob Dylan. “VEVA gives us peace of mind that Jason’s music is stored properly and securely,” said Traci Thomas of TT Management, whose roster includes Isbell. “It’s important for archival purposes as well and quick and easy access. We love working with them.”

Then, the once-rare and disorganized clips can be used in a variety of interesting ways. Taylor pointed to woefully underutilized opportunities, like special content for fan club members or a bundled extra for ticket buyers. Perhaps a fan is willing to offer an email address or other info for a previously-unreleased story from a gig in Cleveland.

VEVA is also doing this stuff in realtime, which adds the possibility of interesting rewards for those who attended the show — during the show or shortly afterward.

Already, the concept is attracting some pretty high-profile clientele.

That includes actor Dennis Quaid, who’s tapping VEVA Live on a music preservation project involving the late ‘Cowboy’ Jack Clement. A large collection of Clement recordings was torched in a tragic 2011 fire, though Quaid has been diligently working on a restoration effort (Clement died in 2013). “VEVA is cataloging the inventory, and creating an app management system for all the catalog,” Fairchild explained.

Oh, and there’s also Third Man Records, if the above don’t offer enough cool factor. “VEVA is a trusted partner who we’ve let walk out of Third Man with hundreds of thousands of dollars worth of master tapes and they have yet to screw us over,” said Ben Blackwell, Jack White’s cousin, co-founder and official archivist for Third Man.

But it’s what they come back with that’s the most interesting part. “With Asset Connect, now you have a completely searchable database of all audio and metadata of your shows,” Fairchild summarized. “That’s not something you can recreate in a booth or in a studio.”