Top Streaming Exec: The MLC Is Choking On a ‘Once-In-a-Lifetime Opportunity’ 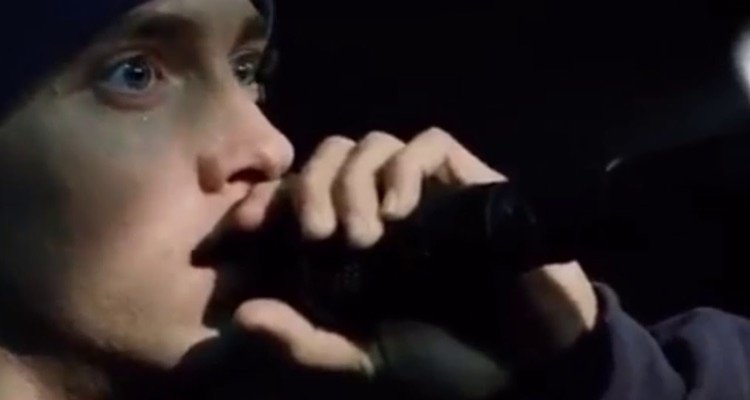 Just this morning, a top executive at one of the largest streaming platforms in the world — who wished to remain anonymous — shared this statement with Digital Music News.  It describes a disheartening situation around the Mechanical Licensing Collective (MLC), a group that was envisioned by the Music Modernization Act to fix the current mechanical royalty mess but seems determined to avoid fixing serious copyright problems.

The streaming services — or ‘DSPs’ in industry-speak — are being asked to pay $66.25 million just to get the MLC off the ground.  They’ve already balked at that price tag, with a separate DSP source noting that the figure was ‘easily three times’ the company’s cost estimate.

The MLC Choked on Its Copyright Office Submission, But It’s Not Too Late for Superstardom

The passage of the Music Modernization Act (“MMA”) represents a once-in-a-lifetime opportunity for the music copyright owner community to rectify ownership data problems that have impeded royalty payments for U.S. streaming activity for over a decade, all on the dime (or shall we say eight-figure check) of the streaming services. Yet, according to public comments filed with the U.S. Copyright Office (“Office”) last week, the Mechanical Licensing Collective (“MLC”), the entity designated to administer the MMA’s license regime, seems determined to find obscure reasons to shy away from one of their core responsibilities: to collect ownership data from musical work copyright owners to build a central database of rights information.

While submissions from other parties (including copyright owner organizations) thoughtfully laid out the types of data the MLC should collect from copyright owners, the points in the creation/distribution chain in which ownership should be documented, and various means of incentivizing catalog submissions, the MLC stated that the Office should decline to define any specific obligations for copyright owners to submit their catalog data to the MLC.

Their reason?  Copyright owners are too diverse to be able to define practices that could apply to all of them.

The MLC gave the following example: “composers in remote countries who may communicate in rare languages and have limited or no access to the Internet” may not be able to comply with practices set out by the Office. Come again?

You’re probably scratching your head and wondering how rare languages in remote countries have anything to do with cleaning up publishing data for U.S. streaming activity. The short answer: nothing. The longer answer: the MLC is looking for any possible hook to relieve musical work copyright owners from what they may perceive to be a burdensome requirement to submit data to the MLC. Instead, the MLC suggests that publishing data should come primarily from streaming services and record labels.

Unfortunately, that is a short-sighted strategy that will hurt musical work copyright owners by publicly setting the tone for a low level of engagement from that community in creating the MLC database. It is also contrary to a core principle of MMA: that musical work copyright owners take back the responsibility for fixing their own data while streaming services pay for these efforts.

The MLC is right to have a healthy fear of this task. It will require a herculean effort by various factions of the music industry to tackle. However, the MLC’s suggestion that information about who owns music should come from streaming services, instead of from the people who actually create and own it, is misguided and will worsen the already complex state affairs.

While the MLC has not yet grasped the dangers of intermediaries touching ownership data, copyright owners on the sound recording side of the business seem to have gotten the message loud and clear. Consider the following quotes from other comments filed with the Office last week:

● Recording Industry Association of America: Suggests the MLC receive “unaltered, verified Sound Recording Metadata sourced directly from a single, authoritative source, such as Sound Exchange” in order to “avoid the possibility that different [streaming services] submit disparate and possibly contradictory sound recording data to the MLC that would then need to be resolved somehow.”

● Recording Academy: States that “[t]he sound recording copyright owner (usually a record label or artist) should be considered the preeminent source of information related to the sound recording” and cautions against relying on “third-party databases that may have flawed or incomplete information.”

● Paul Jessop (previous CTO at IFPI and RIAA): States that “[i]t is the experience of many practitioners in this area that data degrades the further it gets from the source … thereby making matching harder” and notes that “[i]f the MLC is faced with multiple data sources … it will be faced with the task of reconciling them and re-creating a single authentic data record. This will be difficult, expensive and probably unreliable.”

The streaming services, who have grappled with reconciling publishing data for many years, seem to understand that this lesson applies equally to publishing data. In their filing with the Office through the Digital Licensee Coordinator (“DLC”) they draw attention to the fact that the statute intentionally limits the publishing data that should flow through streaming services to the MLC and note that “putting responsibility on the MLC to gather [publishing] ownership data directly from copyright owners will remove unnecessary intermediaries from data collection efforts, which will in turn increase the reliability of the data received by the MLC and prevent the MLC from having to unnecessarily reconcile multiple versions of the same data set.”

No one has said that fixing this large-scale, decades-old problem will be quick or easy. It will require investment in new tools and technology and changes in behavior across a large spectrum of industry participants. No one pretends to have all of the solutions now, or that the many cooks in the kitchen will always agree on what those solutions should be. But there is one thing that’s certain: this is no time to cower behind near-extinct languages and shoddy internet access. This is a time to send a clear message asking musical work copyright owners to rise to the occasion because, frankly, they may not see this opportunity again — one where they have massive funding, educational support from the Office and other organizations, and huge mindshare across the music industry to help make this database work.

As rapper Eminem wisely recounts in his classic song: “You only get one shot, do not miss your chance to blow. This opportunity comes once in a lifetime. You better lose yourself in the music, the metadata…”

Okay, I may have added that last part about metadata, but like the tale set out in the song, the MLC’s submission to the Office is akin to mom’s spaghetti vomited onto Eminem’s sweater when he chokes at his first freestyle battle. I get it; this is scary stuff (with absolutely no sarcasm intended). But, as evidenced by the later ascent of the song’s protagonist, the MLC still has the opportunity to rise to the occasion and prove themselves to be an MMA superstar to the industry; not by having fully-baked solutions now, but by setting the proper tone and by stating their clear intent to educate, prepare, and support musical work copyright owners with the heavy lift ahead, instead of shying away from the task.

To be fair, the streaming services have yet to take a public position on the equally important issue of funding the MLC. Within the next week, the services will have to file their case with the Copyright Royalty Board setting out what they believe they should pay to operate the collective, unless they come to a voluntary agreement with the MLC beforehand. It is fair that equal attention be paid to whether the streaming services approach their core MMA responsibility thoughtfully and with consideration for the difficult task at hand.

One final thought: if U.S. songwriters and publishers are wary of wading into the deep sea of their own catalog metadata, I’d venture to say that the eleven remaining humans who speak Liki on a remote island of Indonesia, and the two remaining humans who speak Chamicuro in Peru, would rather be left out of the fray as well. Although, I’m sure they appreciate that the MLC was willing to divert its mission in case they were unable to submit their catalog online (sarcasm intended this time).