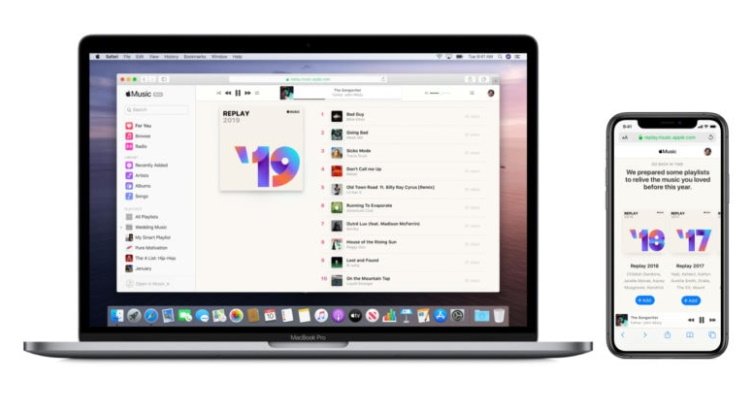 Apple Music Replay is a new playlist that tracks your most popular tracks over the year. It’s similar to Spotify’s Wrapped ⁠— with one key difference.

The Replay playlist offers musical highlights to users, including the most listened artists and tracks. The customized playlist can be shared with friends and family. All Apple Music subscribers can view their current Replay playlists at replay.music.apple.com.

If you’ve been subscribed to Apple Music since the beginning, you can see each year’s data. Spotify’s Wrapped is a similar concept, offering an end-of-year recap on your user-generated analytics.

Spotify’s Wrapped summary is only available at the end of each year, while Apple Music Replay is available all year long.

The data insights offered by Replay are updated every Sunday on Apple Music. On the one hand, it’s interesting to see that data at a glance, but I think Spotify’s wrap-up approach is excellent.

It’s nice to look back at the end of the year and be surprised by the trends you see. Unfortunately, Spotify only calculates streams from January 1st to October 31st. Apple’s consistently updated numbers do paint a more accurate picture for the user.

The multi-year playlist available year-round is an interesting feature. But it also serves to illustrate just how data-driven music streaming has become — and how it can be used to paint a picture of you. Both Spotify and Apple Music have this feature now ⁠— which service is next to follow?

Remember back in 2015 when the world was absorbed with ‘Trap Queen’ by Fetty Wap? Maybe not, but all the streaming music services do.

How long will it take before someone’s music and podcast choices are ‘leaked’ as a way to embarrass them? We’re already in a world where old yearbook photos and tweets can cost people their jobs after being resurfaced. I don’t think it’s quite The Onion material anymore to imagine how listening data could also be used nefariously.