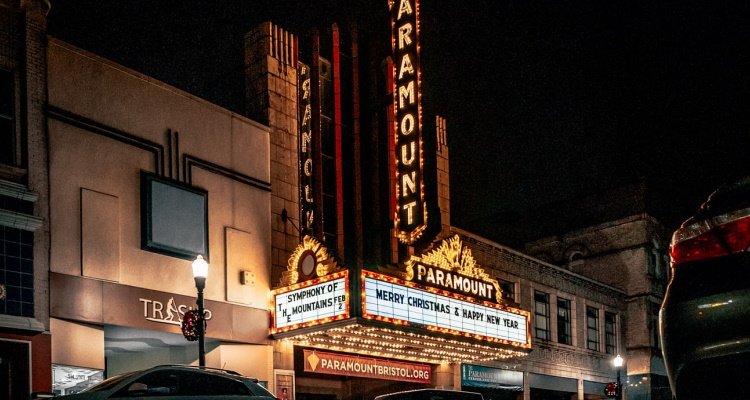 The U.S. Department of Justice has indicated it will ask a court to scrap the decades-old ‘Paramount’ consent decrees. The antitrust decrees are designed to protect movie theaters from studio control.

The consent decrees have been in place for decades and currently have no expiration date. DoJ Antitrust Division head Makan Delrahim confirmed that his department would seek their termination.

These agreements have been in place since the late 1940s. They are commonly known as the ‘Paramount’ consent decrees ⁠— finalized in the 1950s in a radically different media landscape than today.

Before the rules, studios sold multiple films to theaters in a single package. The practice was called ‘block booking,’ and requires movie theaters to take unpopular films to access blockbuster releases. The 1948 U.S. Supreme Court ruled against the practice. Paramount Pictures and other studios signed the consent decrees with the DoJ to ban such deals for an indefinite period, while also limiting their ownership and control over specific theaters.

Now the U.S. Department of Justice is seeking a two-year sunset period on the consent decrees. The decrees also cover ‘circuit dealing’ ⁠— a practice in which one license includes all theaters in a circuit.

In a speech to the American Bar Association, Delrahim said two years should be plenty of time to make new arrangements.

“The sunset period will allow the defendants and movie theaters a period of transition to adjust to any licensing proposals that seek to change the theater-by-theater and film-by-film licensing structure currently mandated by the decrees.”

The PRO decrees have also been in place since the 1940s, and dictate licensing rules for a vast range of performance venues and formats, including bars, restaurants, and radio stations. Of course, those rules are also becoming crusty, though dismantling them is a lot more complicated. Backers argue that despite their age, the performance decrees are needed to protect predatory pricing against thousands of businesses.

Still, it appears that Delrahim is leaning towards removing the PRO decrees, or at least relaxing them — though read the tea leaves yourself.

“Nearly 80 years ago, the Division entered into consent agreements with The American Society of Composers, Authors and Publishers (ASCAP) and Broadcast Music, Inc. (BMI) to address competitive concerns arising from the market power each organization acquired through the aggregation of public performance rights held by their member songwriters and music publishers,” Delrahim told the House Judiciary Subcommittee on Antitrust, Commercial and Administrative Law on November 13th.

“The ASCAP decree was last amended in 2001, and the BMI decree in 1994 – a surprisingly long time ago when we think about how dramatically the music industry has changed in recent years. In light of this history, the Division recently opened a new review of both consent decrees, and the public comment period ended on August 9. We received over 800 comments. The Division is reviewing those comments and continues to discuss the relevant issues with key stakeholders in the matter and will consider all information when determining whether to keep, modify, sunset, or terminate those decrees.”

Meanwhile, the National Association of Theatre Owners is urging the DoJ to reconsider.

The Association represents companies with 33,000 screens across the United States. Members do not want to see movie studios return to heavy-handed negotiation practices like block booking.