The Pretty Things — The Most Important Band You Don’t Know 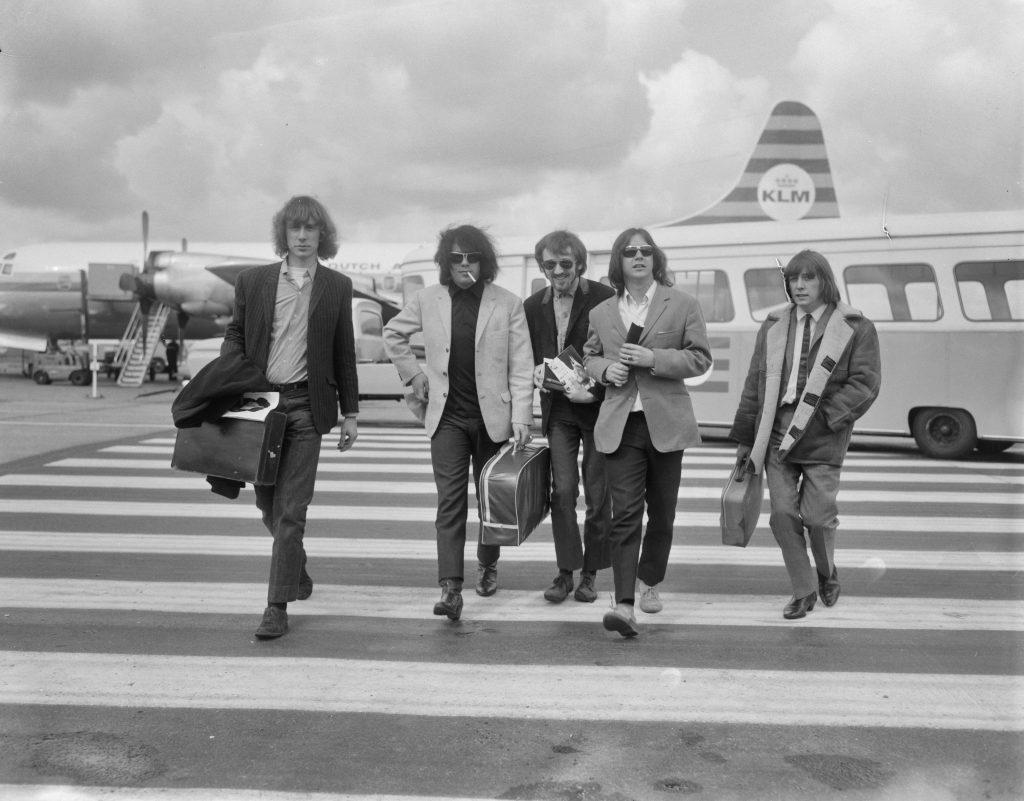 I recently had the opportunity to speak with Phil May from the band, The Pretty Things. One of the most influential people in rock history, and you’ve probably never heard of him.

Phil May is a founder of a band called The Pretty Things.  He founded the group with Dick Taylor in 1963.  Taylor had previously been in a band called Little Boy Blue And The Blue Boys with Mick Jagger and Keith Richards.  That group would eventually become The Rolling Stones.

The two bands would ultimately go in very different directions artistically, but early on, they were somewhat rivalrous. There was even an instance in which Jagger himself insisted that The Pretty Things not be allowed to perform alongside the Rolling Stones — more on that in the interview.

The Pretty Things were born in an era in which rock music was still something risqué.  This would pose a problem for the band as they became the first British band to get busted for drug possession.  In an era in which parents were already wary about letting their kids listen to The Beatles, The Pretty Things were something parents definitely didn’t want their kids to listen to.

The band would undergo numerous changes throughout their history.  They had 33 members over the years and the band went through numerous artistic changes as rock music evolved between 1963 and 2019. They evolved from rhythm-and-blues to psychedelic to a more traditional ‘classic rock’. Interestingly, the band was banned from New Zealand for their corrupting influence on youths, according to May.

The Pretty Things have had a profound influence on music as we know it.

They had rock superstars such as David Bowie and Steven Tyler as fans.  Bowie even covered two of their songs on his album Pin Ups, and May discusses in the interview how much of a super-fan he was.  More controversially, their album S.F. Sorrow was the world’s first rock opera.  It was an album that clearly influenced The Who’s Pete Townsend and their album, Tommy, although Townsend refutes that fervently.  In the interview, May discusses how he knows that Townsend had listened to it. Things got heated — listen to the interview for more on that. 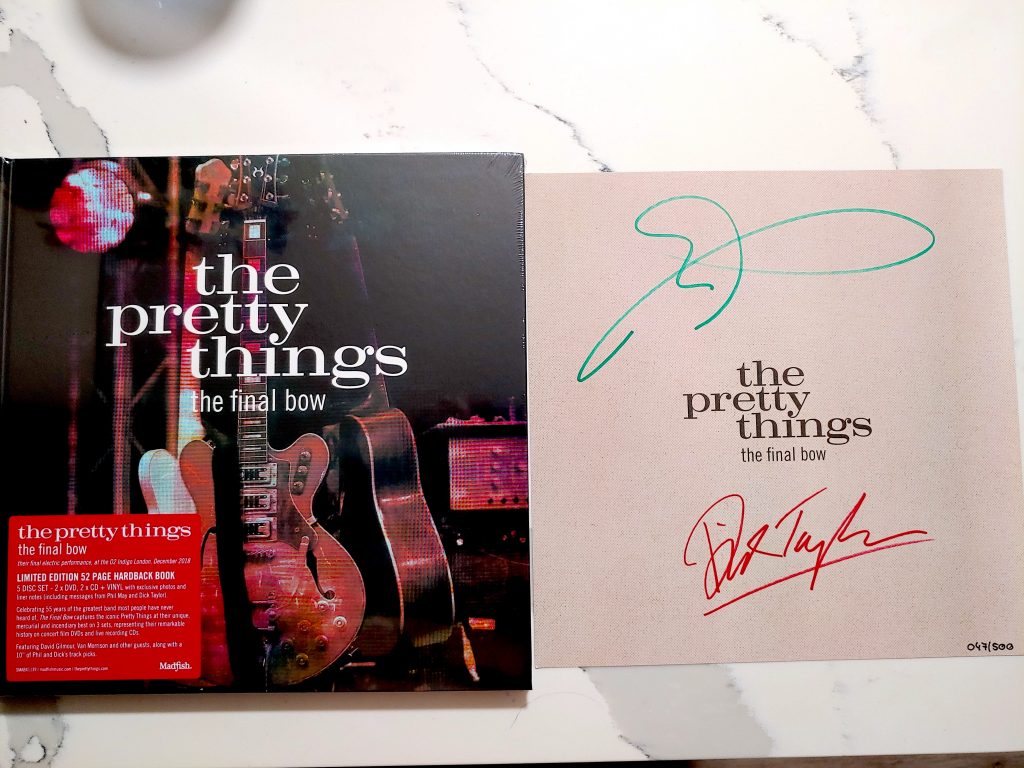 My copy of “The Final Bow” by The Pretty Things

When you look at The Pretty Things’ catalog of work, you may start to wonder why you haven’t heard of them — especially if you’re savvy in classic rock.  There are a few reasons why, and we delve into those in this podcast, but it boils down to the industry focusing on commerce over innovation.  This is a natural byproduct of business as it intersects with art.

The band wanted to try new things, make great music, and not be confined to making albums that sounded like their previous releases.  This presented a problem for labels, who were focused intently on their ROI.

The band remained strong and continued to release albums, even despite this.  The band did recently put on a farewell show, The Final Bow, with special guests like David Gilmour and Van Morrison. You can purchase the vinyl and DVD combo from Burning Shed.

Check out the podcast to learn more about the band and one of rock-and-roll’s most interesting stories!