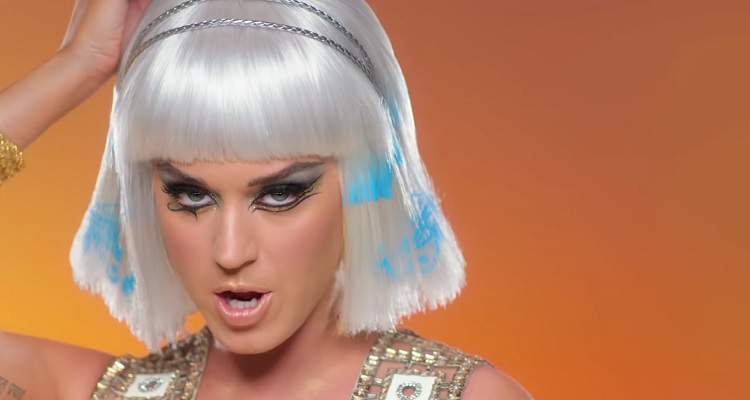 Back in August, Katy Perry — alongside Capitol Records, Dr. Luke, Max Martin, Juicy J, Kobalt, and other partners — were saddled with a $2.789 million verdict for infringing ‘Dark Horse’.  Turns out that was just part of the story.

A closer reading of the verdict reveals that Perry, Capitol Records, Dr. Luke, Max Martin, Kobalt, and others were actually saddled with damages of $2.789 million — plus possible accrued interest since the date of infringement.

Now, Perry’s attorneys are scrambling to nullify that part of the ruling, and prevent damages from careening past the $3 — or even $4 — million mark.

Currently, paperwork is being filed with the U.S. District Court for the Central District of California to challenge the assessment of ‘pre-judgment interest,’ as the court refers to the penalty tack-on.  The documents were shared with Digital Music News earlier this week.

The ruling was unanimous, despite testimony from multiple experts and musicologists that called the similarities to ‘Dark Horse’ ‘coincidental’ and involving ‘the basic building blocks of music’.

The near-$3 million penalty fomented outrage among a number of music industry executives, performers, and attorneys. As we’ve analyzed, the two songs bear some similarities, though the musical elements in question are commonly-used melodies and rhythms. Sensing a crisis ahead, many have openly protested the verdict, including industry attorney Ed McPherson, who regarded the ‘Dark Horse’ verdict as a continuation of the insanity started with ‘Blurred Lines’ (here’s our detailed podcast interview on the matter).

But that outcry is of little consolation to Perry’s legal team, which is now battling a brush-fire of surging infringement penalties.  In a filing this week, Perry’s legal team attacked the ‘pre-judgment interest’ add-on as unnecessary, on numerous grounds.

For starters, attorneys for Katy Perry have claimed that the Plaintiffs caused serious delays in bringing the infringement action.  So why should the Defendants pay interest on that foot-dragging?   “In total, Plaintiffs caused a 28-month delay before finally filing their operative Complaint,” Perry’s attorneys stated.  “Despite Defendants vigorously litigating the claimed infringement, the case was timely brought to trial 32-months after Plaintiffs’ filed their Third Amended Complaint.”

The bigger counter-argument is that the initial penalty is quite high, and only loosely based on infringement damages. “Certainly, the jury award in this case more than adequately compensates Plaintiffs for any infringement the jury may have found. By waiving any claim for an award of actual damages attributable to the infringement, Plaintiffs conceded that the creation of ‘Dark Horse’ caused no damages,” the filing continues.

Apparently not.  In a separate filing shared with DMN, specific tables of US-based benchmark interest rates were presented.  That suggests that the haggling has moved beyond the question of whether ‘pre-judgment interest’ should be allowed, and into the territory of how much pre-judgment interest should be calculated.