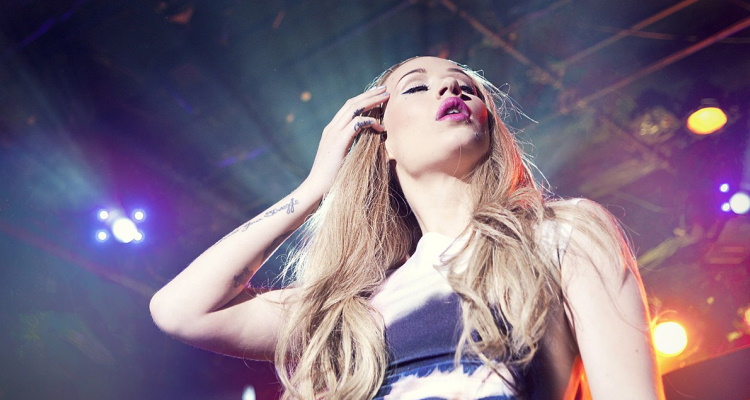 Iggy Azalea and Playboi Carti had their Atlanta home robbed last week, according to a police report. Burglars made off with $366,000 in jewelry in under 10 minutes.

The singer ⁠— real name Amethyst Kelly — was home when the incident occurred. The burglar wore a dark mask and gloves and entered the home through the back door. Kelly says the door was left purposely unlocked for Carti to return home. She shared the details with Atlanta police three days after the theft occurred.

The burglar managed to slip in and out of the house in just eight minutes, revealed by outside surveillance footage.

“Ms. Kelly advised that today her boyfriend and herself found out that their jewelry was missing, along with a blue GOYARD bag where they kept all their jewelry. The suspect was seen on video that he ducked down and then he looked at the window of the basement and went in the house.”

Iggy Azalea said the thief made off with a bag of jewelry the couple kept in their dining room. She told police she was in the basement and heart footsteps upstairs, but assumed it was her boyfriend.

The report lists seven diamond rings, two rose gold diamond chains, and an engagement ring was among the items stolen. The bag’s contents also included several custom pieces and watches belonging to Carti. The police report says there is no surveillance footage from inside the house.

Azalea and Carti have been renting a home together in Atlanta for about a year after moving from Los Angeles. The robbery also sparked rumors of her engagement, which the singer was quick to squash on social media.

“Never said anything about an engagement ring, I am NOT engaged,” she wrote on Instagram. “Please stop involving me in this story circulating in the media today.”